Hamadān is the capital city of Hamedan Province of Iran. Hamadan is believed to be among the oldest Iranian cities and one of the oldest in the world. It is possible that it was occupied by the Assyrians in 1100 BCE; the Ancient Greek historian, Herodotus, states that it was the capital of the Medes, around 700 BCE. 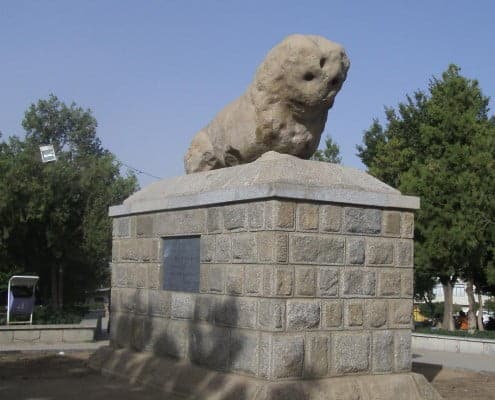 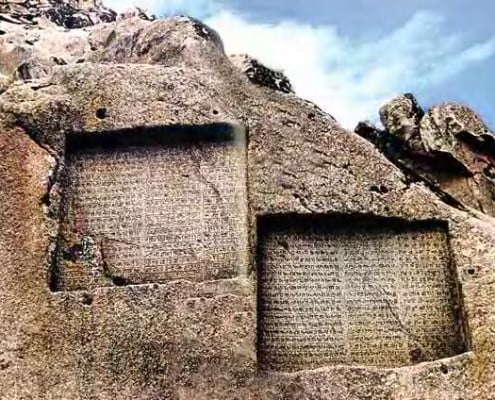 Hamadan is home to many poets and cultural celebrities. The city is also said to be among the world’s oldest continuously inhabited cities. Hamadan has always been well known for handicrafts like leather, ceramic, and carpets. Iran’s Cultural Heritage Organization lists 207 sites of historical and cultural significance in the city of Hamadan alone. A tomb believed by some to hold the remains of tomb the biblical Esther and her cousin Mordechai is located in Hamadan. The scientist and writer known in the west as Avicenna (Abu Ali Sina) is buried in Hamadan. The 11th-century Iranian poet Baba Taher is also interred in Hamadan. This city is also the birthplace of Badi’ al-Zaman al-Hamadani, author of the Maqamat.

The Ali Sadr Cave originally called Ali Saadr or Ali Saard is the world’s largest water cave which attracts thousands of visitors every year. It is located in Ali Sadr Kabudarahang County about 100 kilometers north of Hamadan, western Iran.

Avicenna was a Persian polymath who is regarded as one of the most significant thinkers and writers of the Islamic Golden Age. Of the 450 works he is known to have written, around 240 have survived, including 150 on philosophy and 40 on medicine.

Ganjnameh, is an ancient inscription which has been carved in granite, is composed of two sections. One on the left ordered by Darius I and the other on the right was ordered by Xerxes I .

Shrine of Esther and Mordechai

Estakhr e Abbas Abad (an over-the-hill lake with a magnificent view to the city.

Hamadan Museum of Natural History, It has a considerable taxidermic collection of animals and insects. The museum also has an aquarium and live fish tanks.

Ester & Mordekhai tomb, . Believed to house the remains of the biblical Queen Esther and her uncle Mordechai, it is the most important pilgrimage site for Jews in the country. 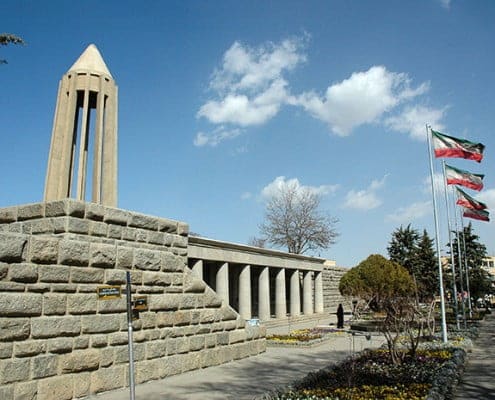