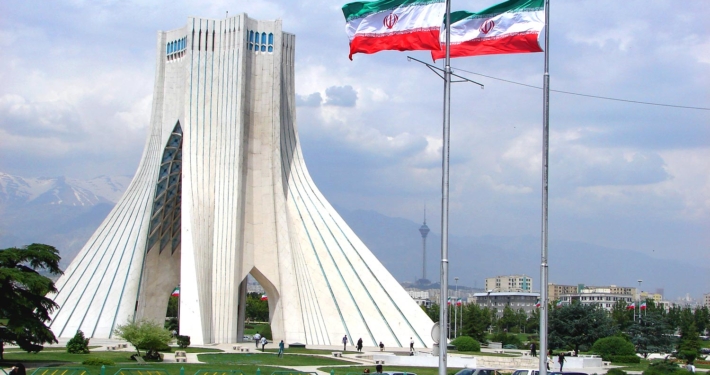 Azadi Tower architecture is a combination of Achamendia, Sassanid and Islamic eras.

The main arch at the middle is a symbol for Kasra arch related to pre- Islamic era and the upper one, which is zigzag, shows post- Islamic era. Within these domes which indicate Iranian genius, early architectures moved from square foundation to circular and performed by very beautiful corniced pieces.

This also is a trend in Azadi square construction. The geometry is a square- rectangular one which turns from their four bases and changes to a 16- goal shape and finally takes the shape of a dome.

Though, this domes isn’t apparent from outside, while form inside is. Figures inside the tower are a combination of tradition and modernism particularly second floor ceiling.

It was designed by an Iranian architect and built by a British construction team as part of the late shah’s `2,500th’ extravaganza in 1971.

The influence of 14th-century Timurid architecture is evident in the intersecting rib network, while the turquoise-coloured glazed brick emphasis on the white Hamadan granite is derived from late 12th-century Seljuk decoration. In the 1970s there were two museums in the building, a permanent display upstairs with visitors carried on a travelator, and temporary displays in the basement galleries.

It is best to walk here from the Azadi bus terminal. Reaching the monument from Azadi Street calls for rock-steady nerves, as pedestrians have to cross six moving lines of traffic – not for the faint-hearted. 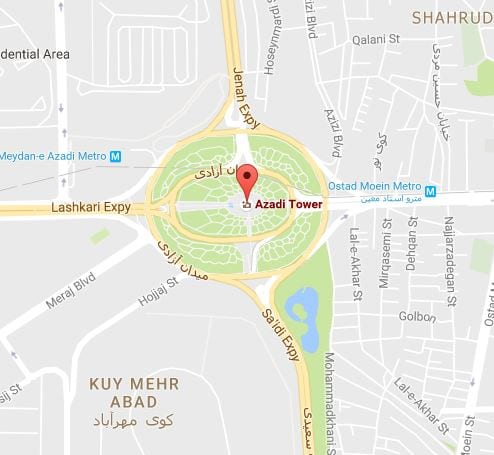