UNESCO said the forests run some 850 kilometers along the southern coast of the Caspian Sea. They date back up to 25 to 50 million years, it said, and are home to the Persian Leopard, nearly 57 other mammal species, and 180 bird species.

he Caspian Hyrcanian Mixed Forests ecoregion, in the temperate broadleaf and mixed forests biome, is an area of lush lowland and montane forests covering about 55,000 square kilometres near the southern shores of the Caspian Sea of Iran and Azerbaijan. The forest is named after the ancient region of Hyrcania. In Iran, this ecoregion includes the coast along the Caspian Sea and the northern slopes of the Alborz Mountains. It covers parts of five provinces of Iran from east to west.

The natural forest vegetation is temperate deciduous broadleaved forest. 32.7 percent of volume of Hyrcanian forest is of Oriental Beech. A main feature of the region is the lack of conifers; only relics of coniferous species are present, which include European yew, Junipers, Mediterranean Cypress and Chinese Arborvitae.

The Caspian Sea coastal plains were once covered by Chestnut-leaved Oak, European Box, Black Alder, Caucasian Alder, Caspian Poplar and Caucasian Wingnut, but these forests have been almost entirely converted to urban and agricultural land.

Persian Ironwood is endemic to the Talysh Mountains and northern Iran and nearly pure stands of the tree can be particularly dramatic, with lichen-covered branches twisting together and only dead leaves in the deep shade of the forest floor. In addition, the ironwood’s yellow leaves turn a faint lilac in the fall. 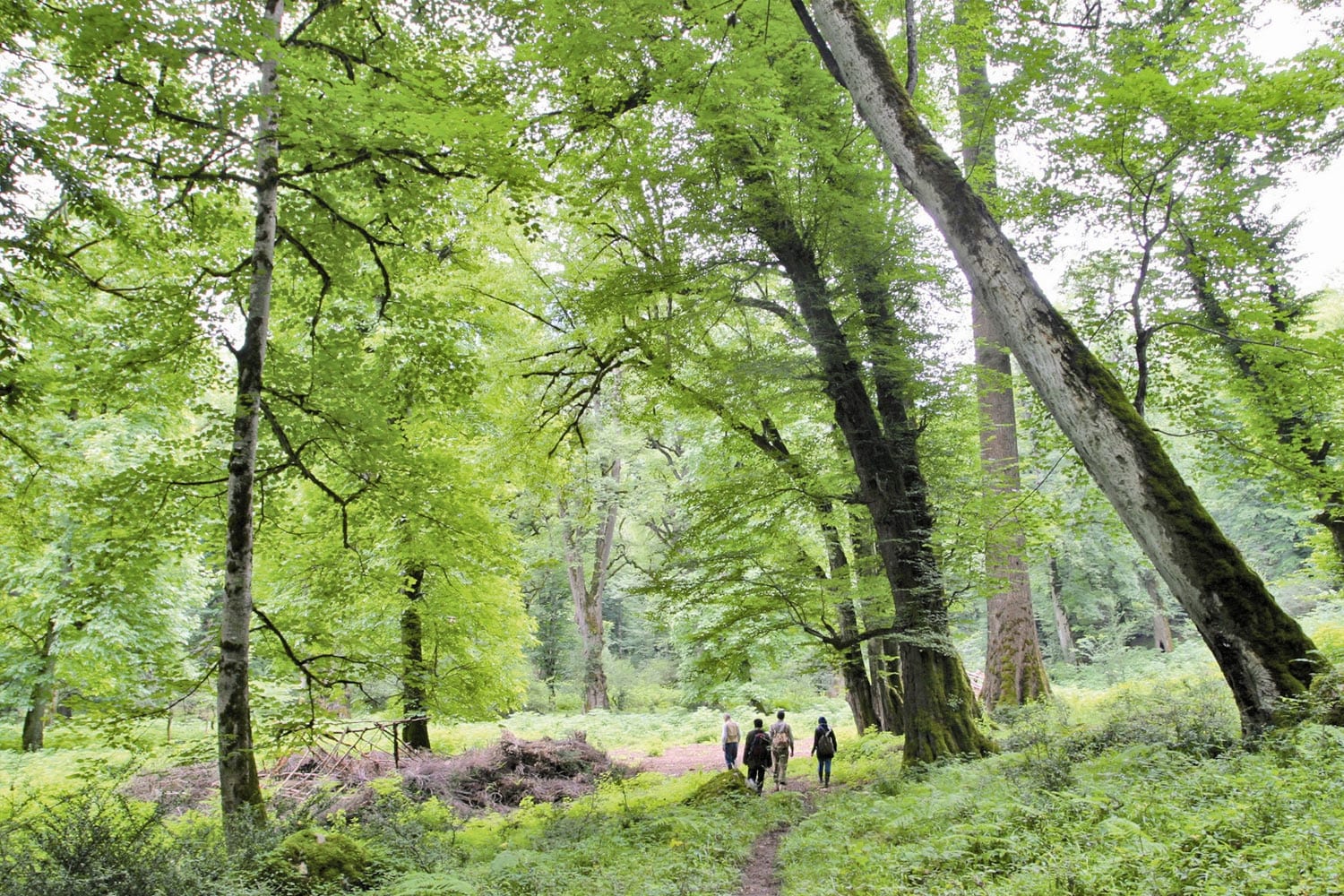