Discover the Iran’s scariest travel destinations, from Jenny Castle to the Stone Garden. 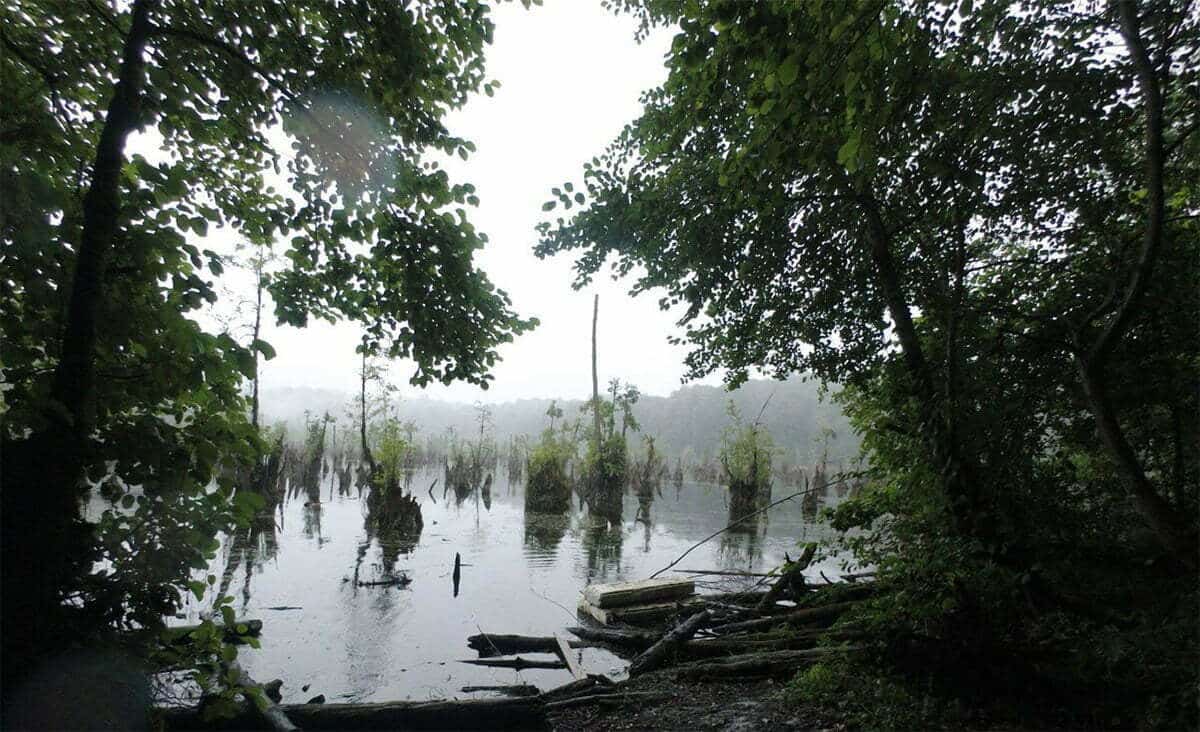 The Lake of Ghosts (Mamraz Lake) is a small lake situated in the richly-forested Iranian province of Mazandaran.

The lake is located 12 km from Nowshahr in Mazandaran province, which has a strange and scary name due to its distant past. The combination of dead trees in the middle of the lake and the fog that often surrounds the lake with the sound of wild animals in the area reminds you all of fantasy and horror movies, and these features make the name of lake “ghost lagoon”. 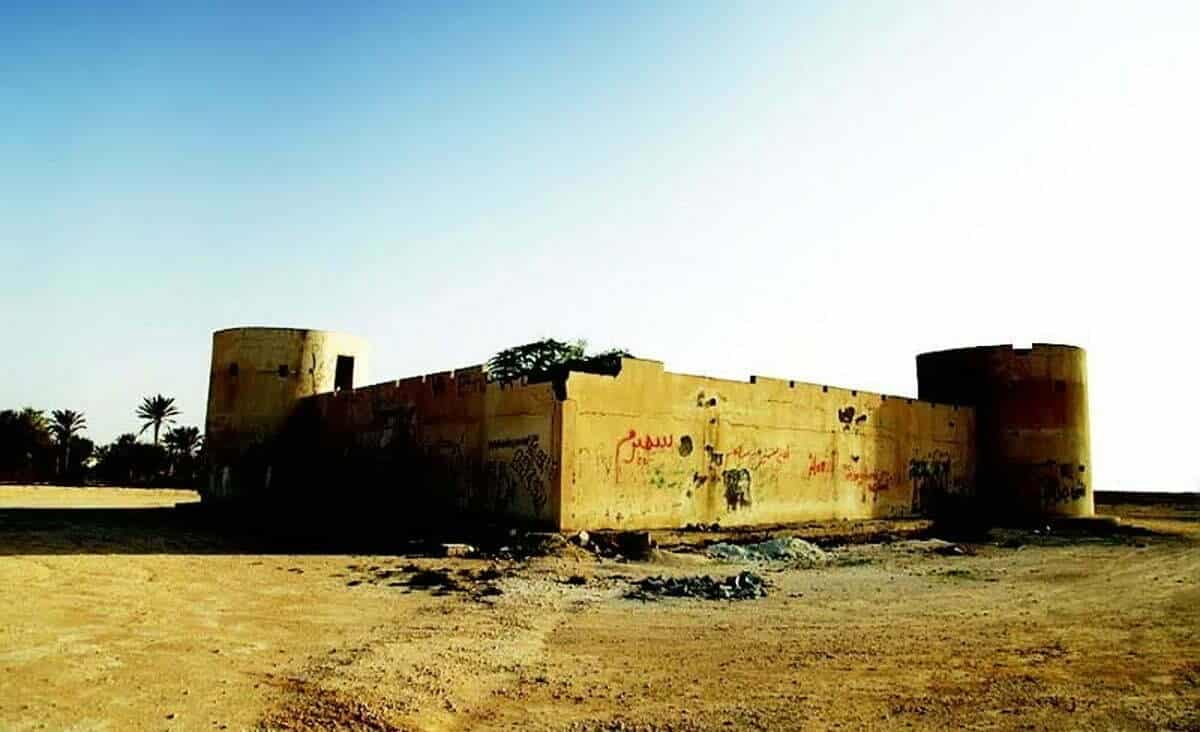 In Kish Island, near the Greek ship, there is a small and ruined castle that perhaps few people look at, because everyone is in a hurry to reach the Greek ship, one of the most famous sights of Kish. The castle is known as the “Jenny Castle” among the locals, and if you want to visit the castle at night, no one will help you, because the locals believe that the Jennies live in this castle.

In the hours when the sun moves away from the island and darkness reigns, this castle becomes a horrible environment. The sounds of the blue well near the castle and the wind have added to the horror of the environment. 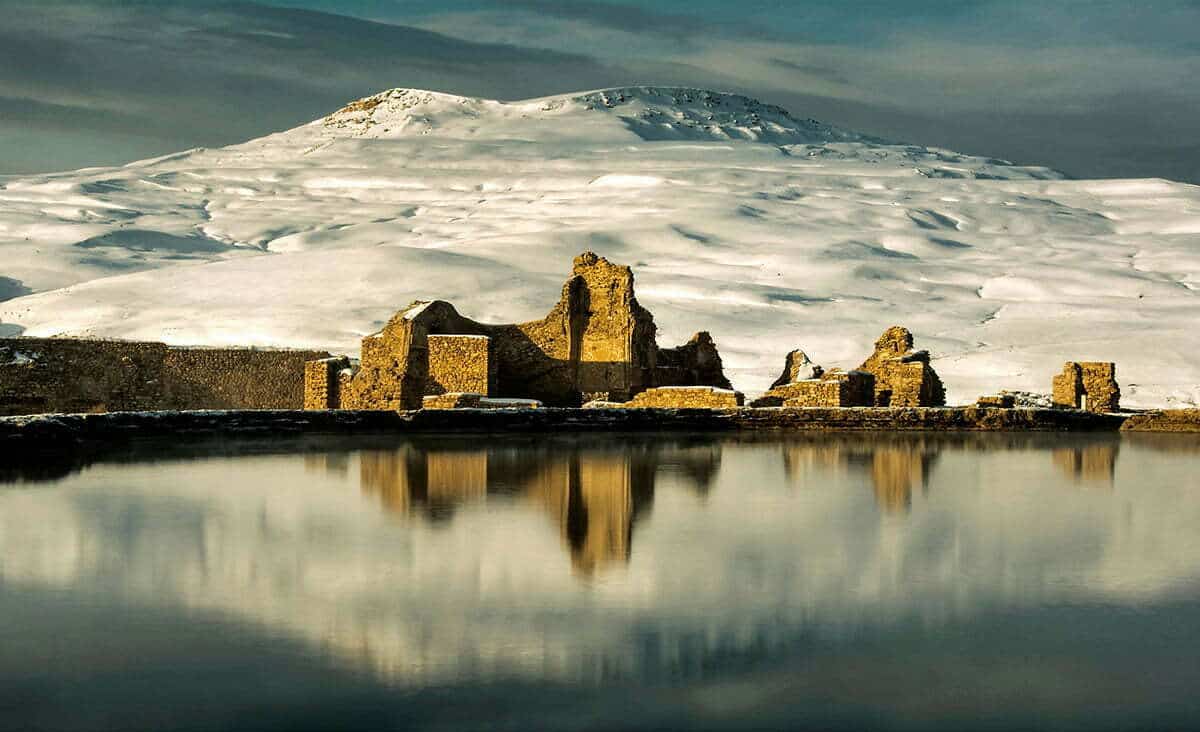 The beautiful, mysterious and dangerous lake called “Takht-e Soleiman” is located in Takab, which is one of the most mysterious places in West Azerbaijan Province. According to the locals, The lake was appeared by a hit of Hazrat Suleiman’s cane on earth, and a valuable and ancient treasure is hidden in the depths of this lake.

Treasure has taken many brave and adventurous people to the lake, and the lake has swallowed all of them, even their bodies are not returned to the land. There are many other interesting local legends and beliefs about this lake. Others believe that the lake is the birthplace of the “Zoroastrian prophet.”

Another historical legend about the lake is that Cyrus the Great, after defeating Croesus, the king of Lydia, who had a legendary fortune, dumped all his treasures and valuables as a vow in this lake. After that, the inhabitants of this area always vowed their spoils of war and valuable possessions to this lake. 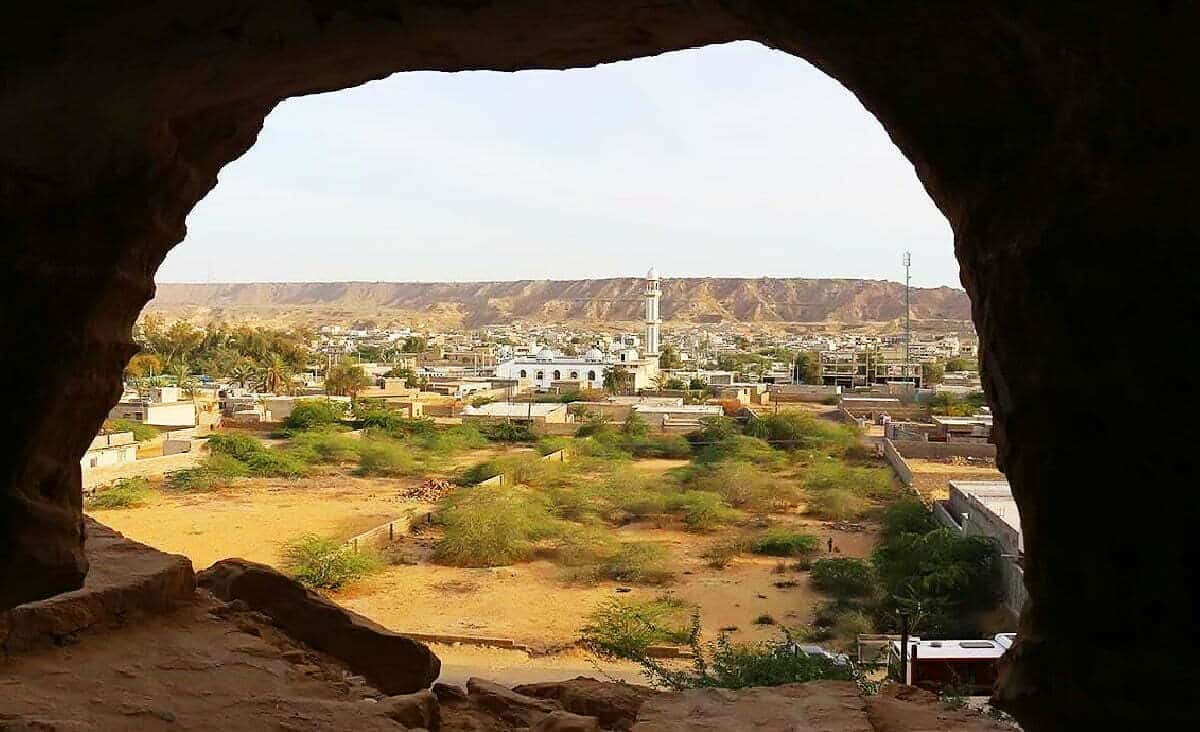 Cemeteries have a long history of fear and always have a special place in horror movies. A strange and unconventional cemetery is located in the village of Tis, Chabahar Port, called the jinns Cemetery. They are very large and unnatural, and there are strange shapes on them.

Legend has it that no one has ever seen a man take an ax and cut a hard stone to bury his body. It is interesting to know that strange noises are heard in this village at night. Some natives of the village say that these are the voices, groans and cries of goblins over the graves of their loved ones who mourn for them until morning. 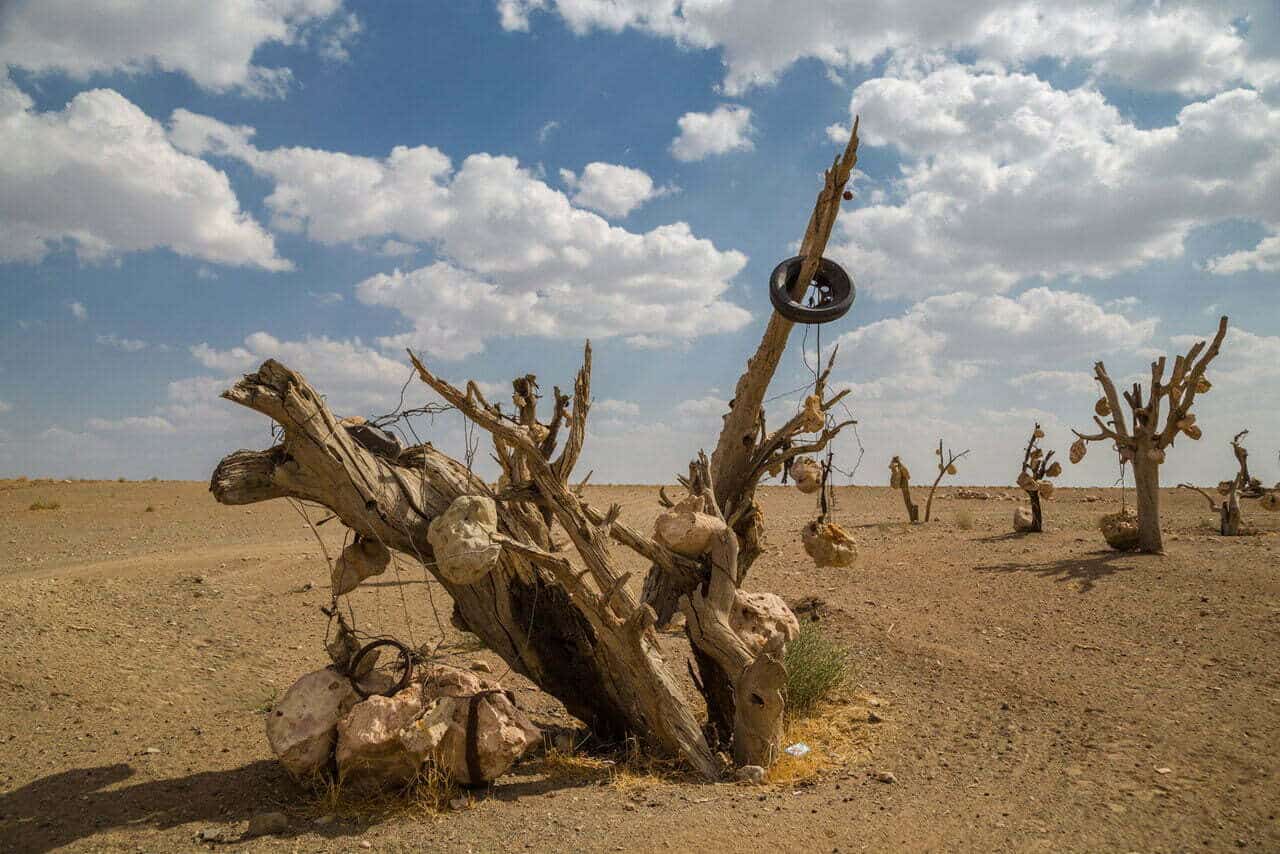 We go to Kerman province and travel to Sirjan city to a mysterious garden where there is no greenery. At first glance, this garden may seem interesting and amazing, but walking through the dry trees, the fruits of which are made of stone, will create fear in your heart. This Stony Garden is called “Darvish Khan Garden” and its builder is a farmer named “Darvish Khan Esfandiarpour” who lost his natural state about 40 years ago after the drying of his farm and as a sign of protest, he planted his trees , which had already dried up, elsewhere, and hung the stones he had collected from the surrounding mountains as fruit from his trees.

Darwish Khan did not suffice the stone, and for a while he hung the heads of the sheep that had been torn by the wolf on the trees, which with the protests of the people, he stopped doing this. 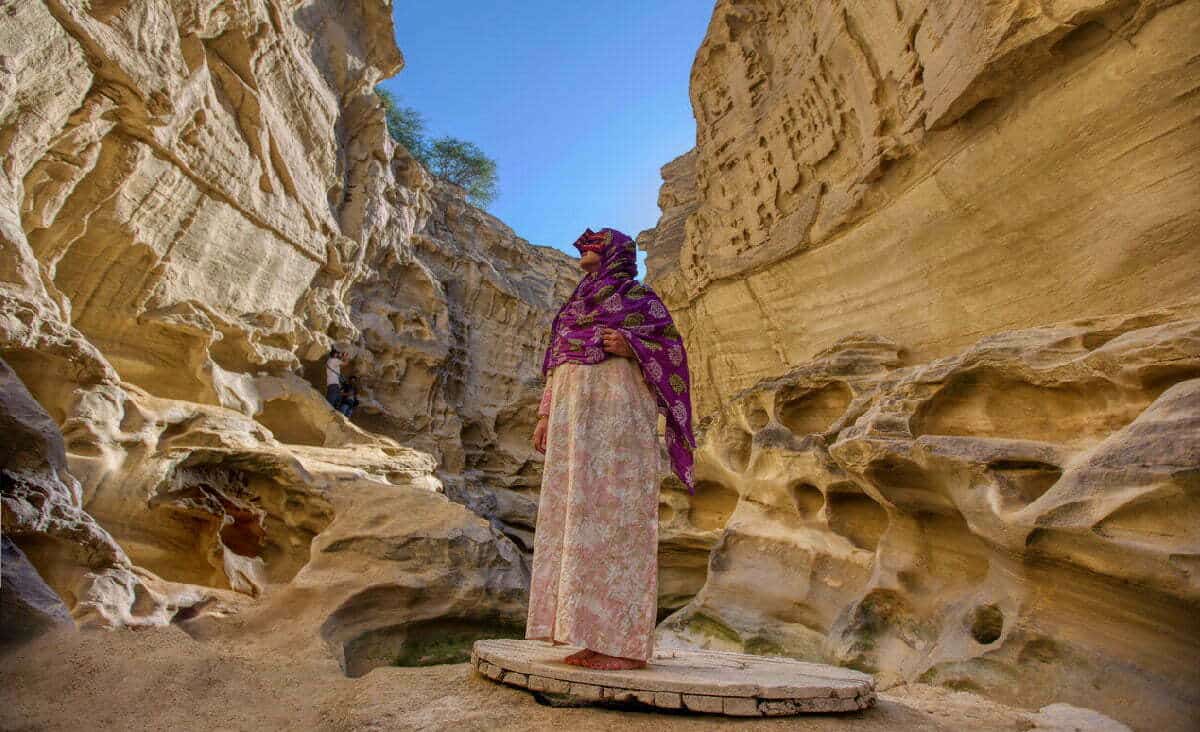 Qeshm Island is a land of wonders and enchanting nature. The beautiful and magical valley called “Star Valley” is located on this amazing island which is known today as one of the most beautiful places in Qeshm. In addition to its indescribable nature, it tells fascinating stories and legends to adventurers. The natives believe that the magical volumes in this valley were created millions of years ago by the impact of a star on Earth or by extraterrestrial beings.

At the same time as the wind blows and the sand rushes, the melody of corridors in the valley is heard in the silence of the desert. The islanders do not enter the valley as it gets dark, and they usually dissuade strangers from going to the valley in the dark, as they believe ghosts, goblins, and extraterrestrials spend in this place at night.