A Lifetime Opportunity To Witness The Ashura Ritual

There are various traditions such as Ta’ziyeh, a kind of street theater in costume inspired by historical and religious events which happened in Karbala battle about 1400 years ago and Nakhl Gardani, carrying a majestic wooden Nakhl – a symbol of Imam Hussein’s coffin – on the shoulders of mourners.

Experience Muharram and Ashura in Iran

Visiting Iran during Ashura and Muharram can be a truly extraordinary experience – and a perfect time to experience one of the most important and significant events of Shia Muslims in Iran.

You might think it sensible to avoid Iran during the Ramadan month or travel to Iran during Ashura followed by the most important religious holiday, just as you might skip China during the Lunar New Year or Europe during Christmas.

But Ashura in Iran can be a fascinating time to travel in the country, as it allows particular insights into the Shia Muslims and hospitable disposition of the Iranian people. 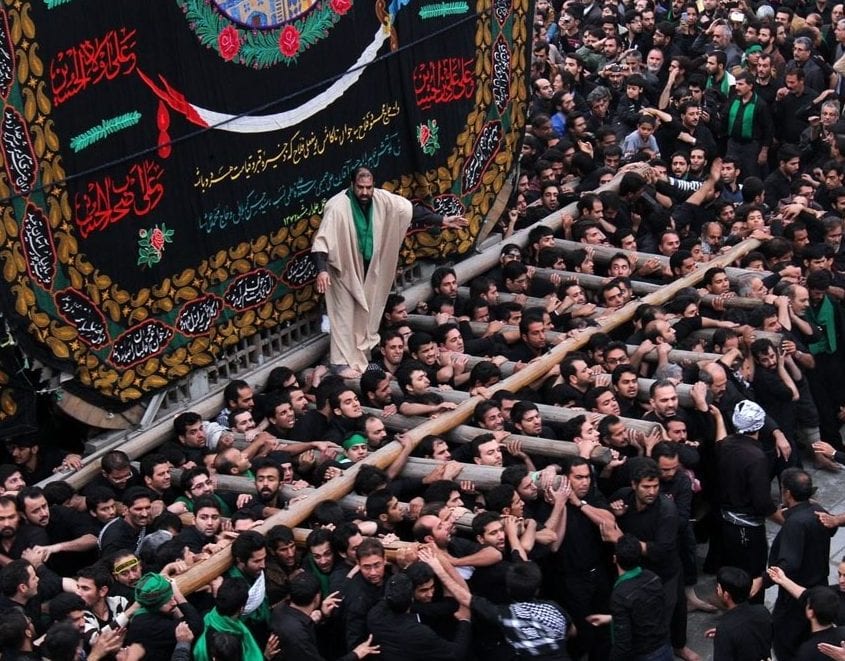 A visit to Iran during Muharram and Ashura is one of the best opportunities to learn about its most prominent religion – and a chance to learn about a local culture in a new and intimate way.

On the day of Tasu’a literally means ninth and in the Islamic calendar refers to the ninth day of Muharram. and the next day that is Ashura on all government offices, universities, sporting arena, Bazaars, museums are are closed on this day.

Shiite begin mourning from the first night of Muharram and continue for ten nights, climaxing on the 10th of Muharram, known as the Day of Ashura. The last few days up until and including the Day of Ashura are the most important because these were the days in which Imam Hussein and his family and followers (including women, children and elderly people) were deprived of water from the 7th onward and on the 10th, Imam Hussain and 72 of his followers were killed by the army of Yazid I at the Battle of Karbala on Yazid’s orders. The surviving members of Imam Hussein’s family and those of his followers were taken captive, marched to Damascus, and imprisoned there. 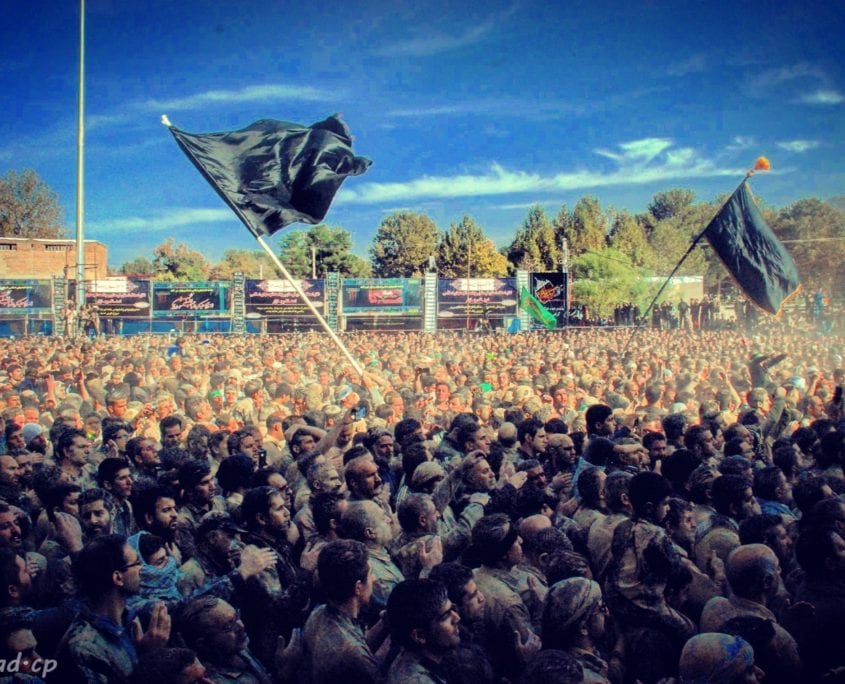 In Iran, for the first ten days of the month believers gather in prayer halls, mosques, and makeshift tents in the streets where they participate in mourning ceremonies, ritual chestbeating, and lamentations, as well as processions that march through the streets carrying battle standards. At the end of every ceremony, cooked food that has been offered as a pledge (nazr) to Imam Hossein is distributed to participants and to the poor.

Shi’as believe that Imam Hossein is the host of this ceremony and undertake the preparations in his name, and that consuming this food has healing properties. They feel that by mourning for the martyred Imam, feeding mourners in his name, or slaking their thirst, they receive blessings and divine reward.

One form of mourning is the theatrical re-enactment of the Battle of Karbala. In Iran this is called taziya or taziyeh. Theatrical groups that specialize in taziya are called taziya groups.

Taziyas were popular through the Qajar dynasty until the early twentieth century, but the re-enactments slowly declined until they were mostly abandoned in the large cities by the early 1940s.

Nonetheless, taziyas continued to exist in Iran on a smaller scale especially in more rural and traditional areas.

Reza Shah, the first of the Pahlavi dynasty, had outlawed taziyas. Despite attempts since 1979, Muharram processions and various forms of the rawza khani are still more common.

Ta’zieh ritual inscribed in 2010 on the representative list of the intangible cultural heritage of humanity, UNESCO.

Manners for Visitors during Ramadan in Iran

For visitors who don’t know very much about Muharram and Ashura ritual, it can be a bit unknown to visit the country during this time of year.But with the right knowledge and guidance, a visit to Iran during Ashura is one of the best chance to learn about one of the most significant events in the Shi’a calendar.

Generally there is no any special limitation on this event.  Although it’s best to avoid wear bright reds and pinks, especially during the day of Ashura, when Iranians observe mourning for Imam Hossein. All government offices, universities, sporting arena, bazaars, museums are are closed on this day.

Are Shops and Tourist Places Closed During Ashura? 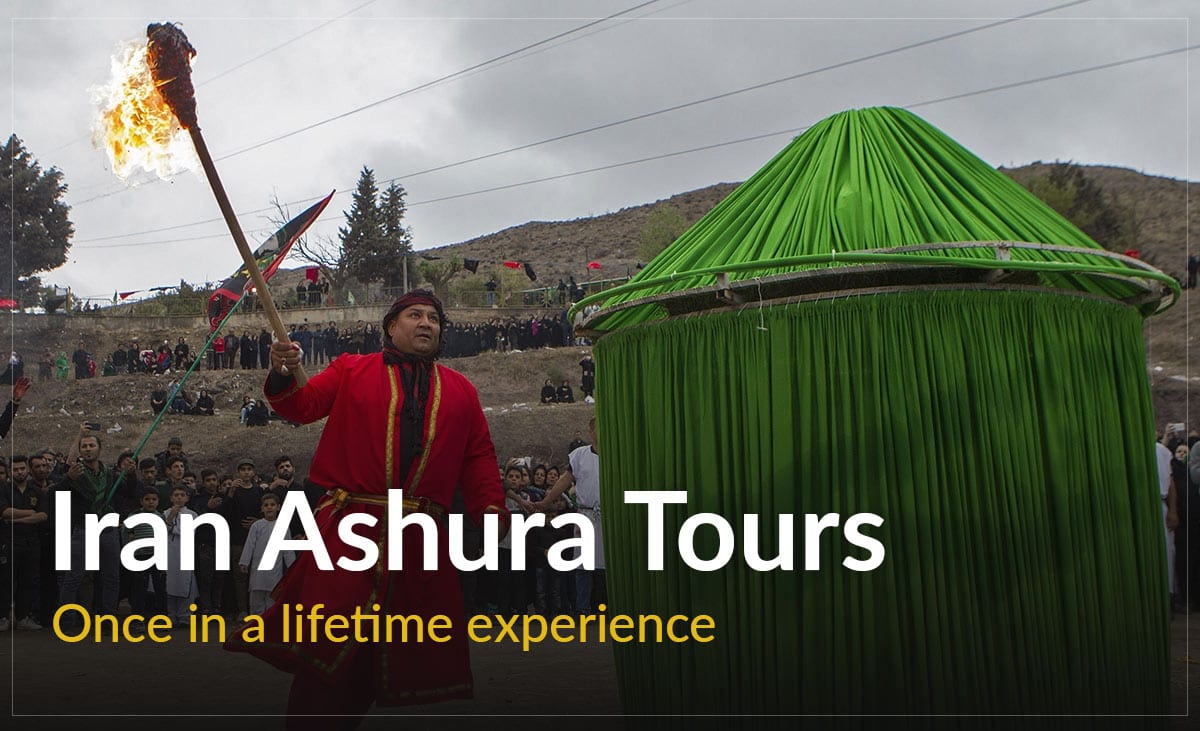 Top places in Iran to watch the Ashura procession

Where to Experience a Ta’ziyeh Ritual in Iran?

Ta’azyeh is an Intangible Cultural Heritage of world which includes parts of Iranian culture and art such as literature, religious and traditional opinions, and social beliefs, and knowing it by other countries can lead to a better cultural relation and dialogue of civilizations, and tourists are welcome to visit Ta’azyeh in Iran. Here is a list of places that you can experience a Ta’ziyeh ritual in Iran.