Zoroastrianism in Iran: A journey to the depths of religion in ancient Iran

Zoroastrianism or Mazdayasna is one of the world’s oldest monotheistic religions, having originated in ancient Persia.

Zoroastrianism or Mazdayasna is one of the world’s oldest continuously practiced religions and is officially recognized and protected, and have reserved a seat in the Iran parliament.

Zoroastrians make up one of the smallest religious minorities in contemporary Iran, numbering only about 32,000 (as of 1986). 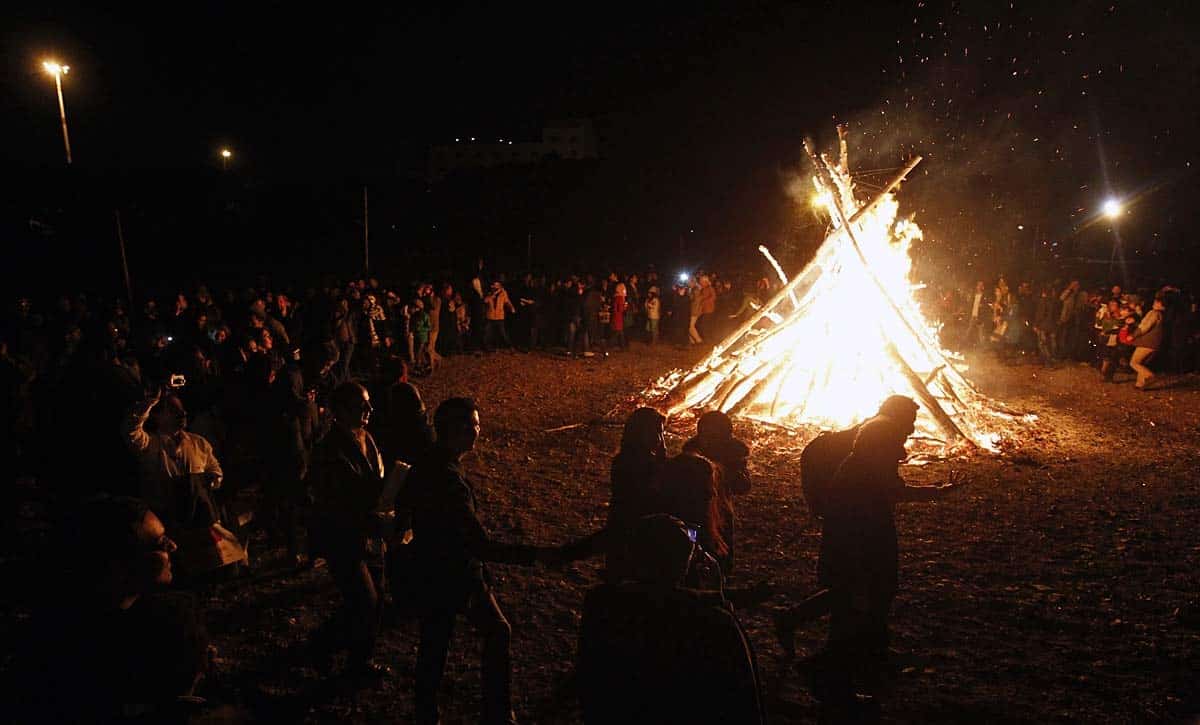 Sadeh, is an Iranian festival that dates back to the first Persian Empire, Achaemenid Empire. Sadeh celebrates 50 days before Nowruz. Sadeh in Persian means “hundred” and refers to one hundred days and nights remains to the beginning of spring.

It is a multi-faceted faith centered on a dualistic cosmology of good and evil and an eschatology predicting the ultimate conquest of evil with theological elements of henotheism, monotheism/monism, and polytheism.

Ascribed to the teachings of the Iranian-speaking spiritual leader Zoroaster (also known as Zarathushtra), it exalts an uncreated and benevolent deity of wisdom, Ahura Mazda (Wise Lord), as its supreme being.

Zoroastrian: From the beginning

The pagan Aryans, who later moved into Iran and India, apparently believed in a pantheon of anthropomorphized gods and goddesses who represented either human activities (such as warfare or herding cattle), natural phenomena (such as storms or fire), or celestial beings and the order of the universe (the moon, sun, bright stars, etc.).

At some time, often said to have been in the seventh century b.c. although there are many reasons to suspect a much earlier date (ca. 1200 b.c.), this religion was dramatically reformed by the prophet Zoroaster.

A priest of the ancient religion himself, Zoroaster was disturbed by both some of its practices, such as the ritual slaughter of cattle, and the unethical actions attributed to the deities in its mythology.

Harassed and persecuted for ten years, he finally received a revelation which formed the basis for his new religion and subsequently succeeded in converting an Iranian king, Vishtaspa, to the faith.

Put as simply as possible, Zoroaster taught through his hymns (the Gathas) a form of dualism: Ahura Mazda (later known as Ohrmazd), god of creation, seeks to promote the good; Angra Mainyu (later Ahriman), god of destruction, promotes evil. 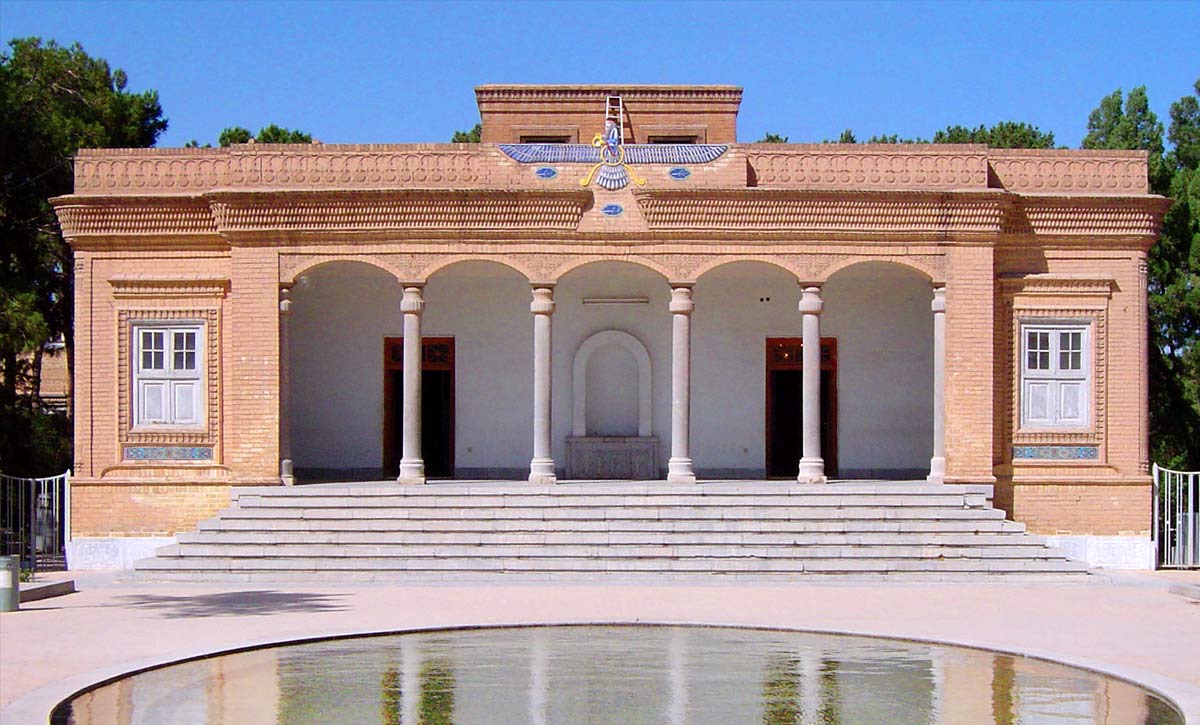 In the course of the struggle between these eternal, “twin,” divinities, Ahura Mazda brought into being the seven Bounteous Immortals (Amesha Spenta), guardians of beneficial forces who create in turn other protective spirits or angels, as well as the material universe and all the good things that it provides.

All the good or “praiseworthy” divinities and spirits assist Ahura Mazda in his struggle against the evil Angra Mainyu and his minions.

Human beings play a key role in this cosmic drama, as they combine both spiritual and material qualities and are endowed with free will to choose between doing good or evil.

Pious Zoroastrians of course choose to do good; they will be rewarded at the end of time, after the appearance of a savior (the Saoshyant) and the final defeat of Angra Mainyu, by admission to paradise, while all evil-doers will be destroyed.

The doctrines of Zoroastrianism

The doctrines of Zoroastrianism are brilliantly original and provocative; there is not much doubt that they have exerted considerable infl uence on other religions, whether monotheistic, like Judaism and Christianity and Shi‘ite Islam, or dualistic, like Manichaenism. Yet it has never been a missionary religion, even though some of Zoroaster’s original teachings imply that it was meant to be a world faith. Instead, it became and has remained an Iranian national religion, to which conversion by non-Iranians is essentially impossible.

This nationalistic aspect of the religion has proved to be both a great strength and a fatal weakness. A form of the Zoroastrian religion was clearly being promoted as the official state religion of Iran during Achaemenid times, at least from the time of Darius onwards, and another, known as Zurvanism, was in effect the national church under the Sasanids.

By late Sasanid times, however, the religion not only faced competition from other faiths such as Christianity and Manichaeism, it was also riven by internal doctrinal and especially social conflicts. The destruction of the Sasanid monarchy by the Arab conquests removed its chief prop of support.

Mass conversion to Islam followed fairly rapidly, although Zoroastrianism persisted in the countryside and certain areas for quite some time. In modern times, the cities of Yazd and Kermân have been the main bastions of the remaining Zoroastrian community.

Outside Iran, although small pockets of Zoroastrians can be found in Europe and North America, the largest community is that of Iranian Zoroastrians who migrated to India.

Beliefs of the Zoroastrian

The fundamental beliefs of the Zoroastrian or “Mazda worshipping” religion have also been accompanied by the development of a specific set of practices that have persisted throughout much of its history.

Membership in the Zoroastrian community is signified by the wearing of a ritual girdle (kusti), a cord wrapped three times around the waist (symbolizing the commitment to good thoughts, words, and deeds) and knotted at the front and back over a white inner shirt.

Young men and women first put this on as a kind of initiation rite when they are teenagers and then wear it for the rest of their lives. Celebration of seven ritual and communal feasts (gahambars) throughout the year serve both to commemorate the good things brought into existence by Ahura Mazda and the Bounteous Immortals and to promote the solidarity and social harmony of the Zoroastrian community.

Strict rules for maintaining cleanliness and ritual purity are maintained, so as neither to pollute the good creations of Ahura Mazda such as water, earth, and fire nor to be polluted by the noxious creations of Angra Mainyu.

Formal worship typically consists of reciting five daily prayers and, for the priesthood, the maintenance of sacred fires, symbol of light and Ahura Mazda, at special temples.

SURFIRANWindcatcher: An Ancient Engineering Feat that Harnessed the Wind
Scroll to top