You are here: Home1 / Destination2 / Tehran3 / The lavish Golestan Palace 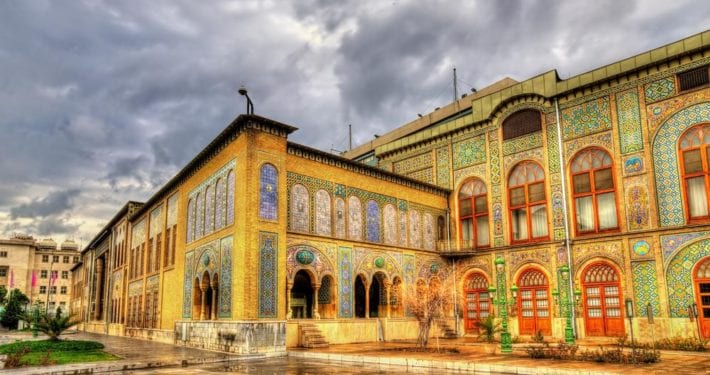 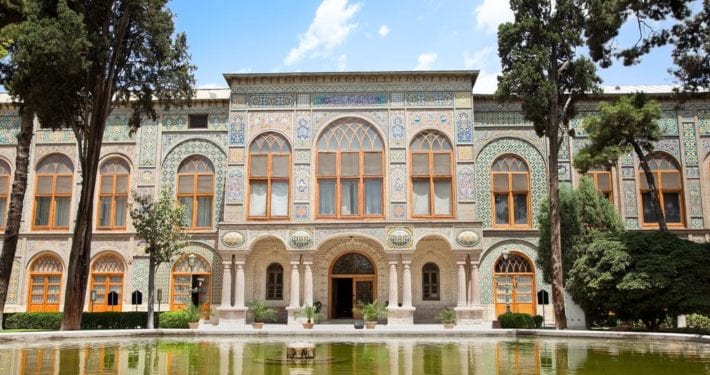 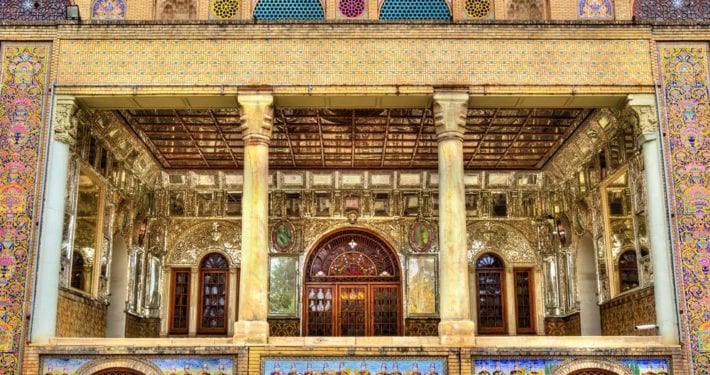 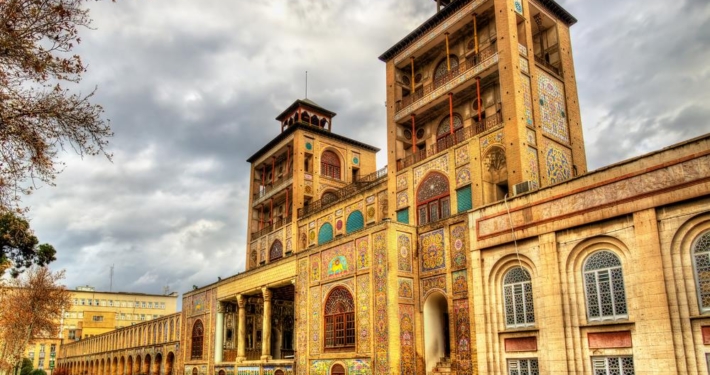 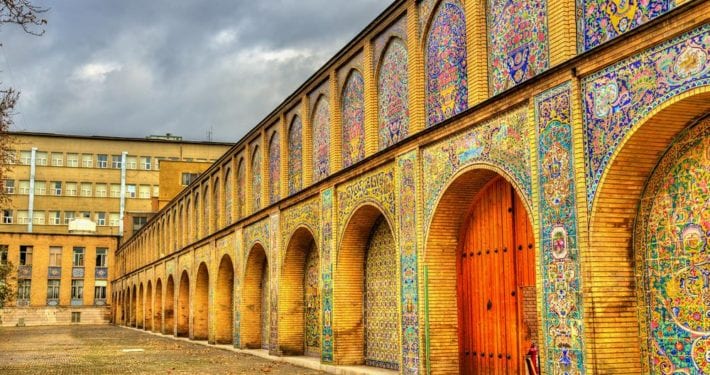 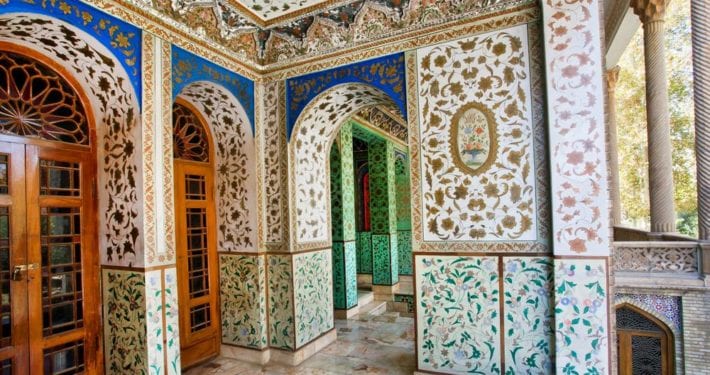 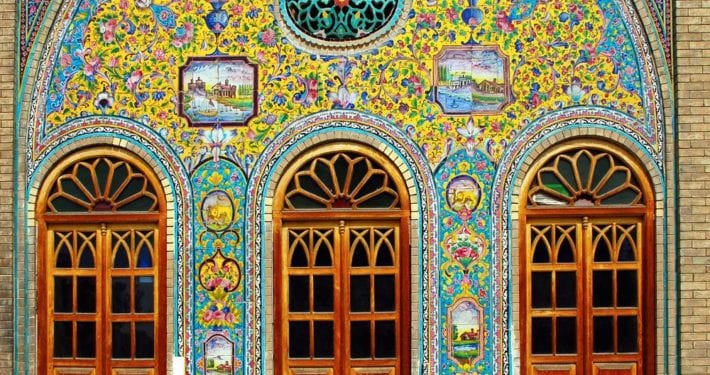 The lavish Golestan Palace Built during the Qajar Dynasty that rose to power in the late 1700’s, this fabulous walled complex is centered on a landscaped garden with tranquil pools. The palace buildings are among the oldest in modern Tehran.

All traces of mid 18th-century construction by the Zand regime were almost totally obliterated by the early Qajar shahs and, rubbing salt into the wound, Agha Mohammed ordered the bones of Karim Khan Zand to be exhumed from his Shiraz grave and placed under the main threshold to be trodden on by all.

The palace pavilions then built by Fath Ali Shah were in turn largely torn down during the extensive and lengthy construction programme (1867—92) of Naser al-Din Shah, although sections were saved: the Talar Divan Khaneh or Audience Chamber of two main the Marble Throne (Takht-e Marmar) and the Emarat-e Badgir (Wind Tower) in the south. But the work of that shah suffered too. The huge Taziyeh hall, used for Moharram performance and inspired by the Royal Albert Hall in London (as seen by the Shah during his 1876 state visit), was destroyed in 1946, and his 1891 Kakh-e Abyad (White Palace) was razed to make way for offices of the Ministry of Finance, the Bank Melli and the Ministry of Roads. Also inspired by the Shah’s 1873 visit to Europe, which included Versailles with its famous mirrored gallery, is the Hall of Mirrors within the Golestan complex which served as the coronation room for both Reza Shah and his son; it remains intact.

If you do not have time to visit all 12 museums, do buy a ticket for the Marble ‘Throne veranda and the art gallery, followed by a walk in the courtyard to look at the various tiled panels, all extremely decorative with the distinct Qajar palette of yellows, pinks and blues. There is a good but expensive gift shop next door to the (currently closed) Ethnographic Museum. “Ihe Marble Throne veranda (Ivan-e Takht-e Marmar), straight across the courtyard from the main gate, is decorated with mirrors and other goodies seized by Agha Mohammed from the Zand palace buildings.

The throne-couch itself, not the most beautiful artefact made by man, was carved by Esfahani craftsmen in 1807 or 1841 (depending upon who you read) and was where the shah sat during public audiences; Reza Shah Pahlavi was the last ruler to receive birthday and Nou Rouz greetings from his courtiers on this throne. On the veranda a door leads into a small portrait chamber decorated with oil paintings of rulers, historic and mythical, a bevy of European ladies and garden scenes; Fath Ali portrait is over the chimney. main art gallery (Negar Khaneh) is next door, including mainly 19th-century oils, some the work of Kamal al-Molk, the leading court painter to Naser al-Din Shah, and then come the 1875 hall Of mirrors and the European Art Gallery. The twin-tower pavilion is the Shams al-Emerah built by Naser al-Din , which now houses a small collection of calligraphy (no labels in English) in a splendour of mirrors and plasterwork. This was the first five-storey building to be constructed in Tehran, which Lord Curzon described in 1892 as ‘a very creditable specimen of the fanciful ingenuity that still lingers in modern Persian art: Continuing around this gaily tiled courtyard you come across the photography gallery and archive, the Tent House, now used for conferences, and the so-called Diamond Room, a tea house and toilets.

The lavish Golestan Palace Built during the Qajar Dynasty that rose to power in the late 1700’s, this fabulous walled complex is centered on a landscaped garden with tranquil pools. The palace buildings are among the oldest in modern Tehran.