A Persian rug is a rug from Persia, which is the former name of Iran. The Persian rug was invented in ancient Persia. These rugs are known for their intricate knots, heavy textiles, and their beauty.

Historians believe the Persian rug evolved from nomadic tribes who would weave these for their use as blankets and as rugs to lay on the ground when they moved their tents. Persian carpets were first mentioned by the ancient Greeks back in 400 BC.

These rugs were highly valued and were given as diplomatic gifts. They were usually made out of wool and have always been highly-sought after.

Every part of the Persian rug is traditionally hand made from natural ingredients over the course of many months.

The Art of Carpet Weaving in Iran

The art of carpet weaving in Iran has its roots in the culture and customs of its people and their instinctive feelings. Weavers mix elegant patterns with a myriad of colors.

The Iranian carpet is similar to the Persian garden: full of flora, birds, and beasts. 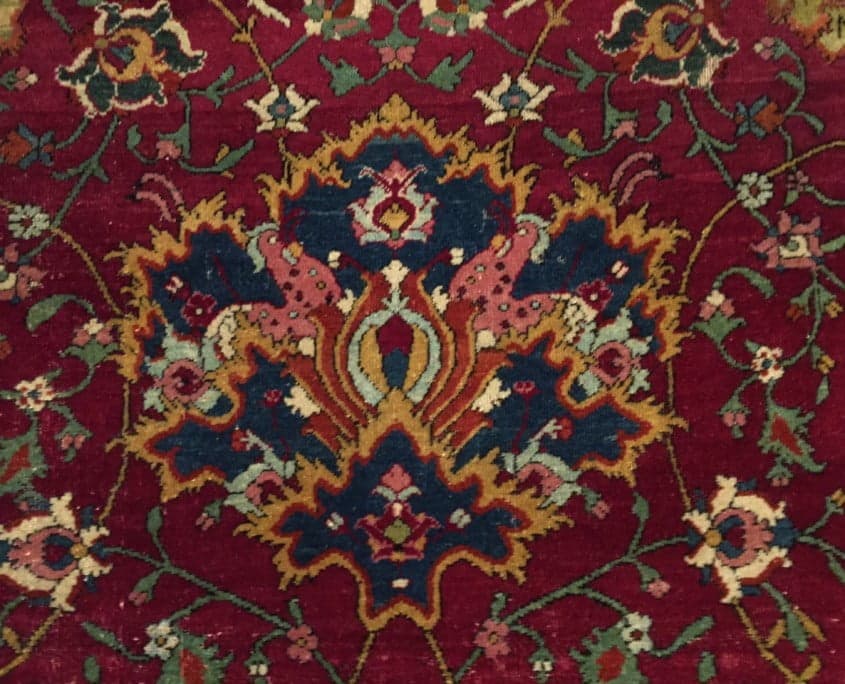 The colors are usually made from wild flowers, and are rich in colors such as burgundy, navy blue, and accents of ivory.

The proto-fabric is often washed in tea to soften the texture, giving it a unique quality. Depending on where the rug is made, patterns and designs vary. And some rugs, such as Gabbeh, and Gelim have a variations in their textures and number of knots as well. 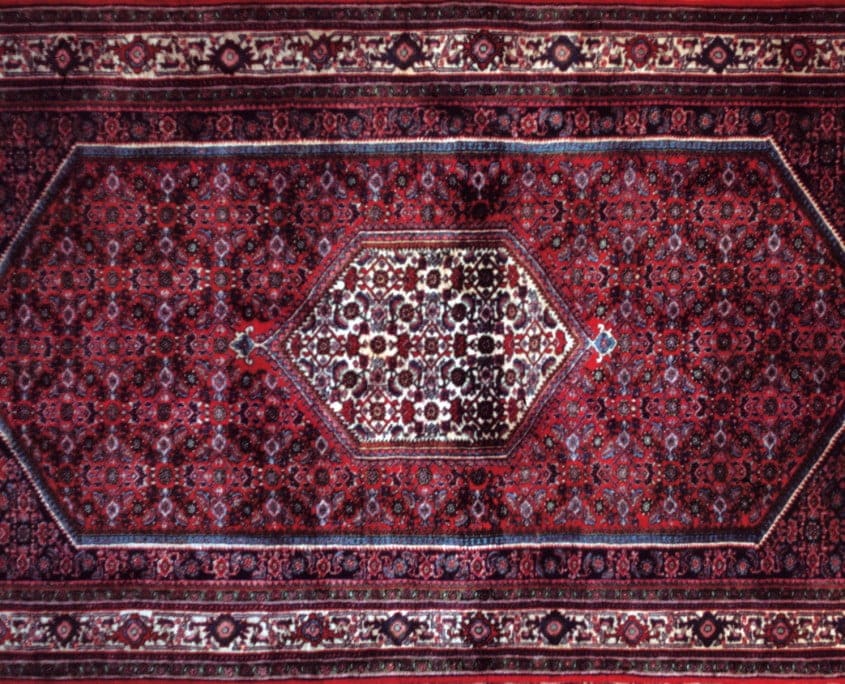 The exceptional craftsmanship in weaving these carpets and silken textile thus caught the attention of the likes of Xuanzang, Jean-Baptiste Tavernier, and Jean Chardin If there is one sector whose fate is intimately bound up with that of tourism, it is clearly that of the craft industry.

Indeed, whatever the type of tourism (resort holiday tourism or tour holidays), the foreign visitor never fails to take home the obligatory souvenir.

The majority of the reports that were undertaken make reference to, or describe in detail, the craft sector and its links to tourism. It must be said that the IRAN are distinguished by their quality craft industry, which draws on an authentic centuries-old tradition. 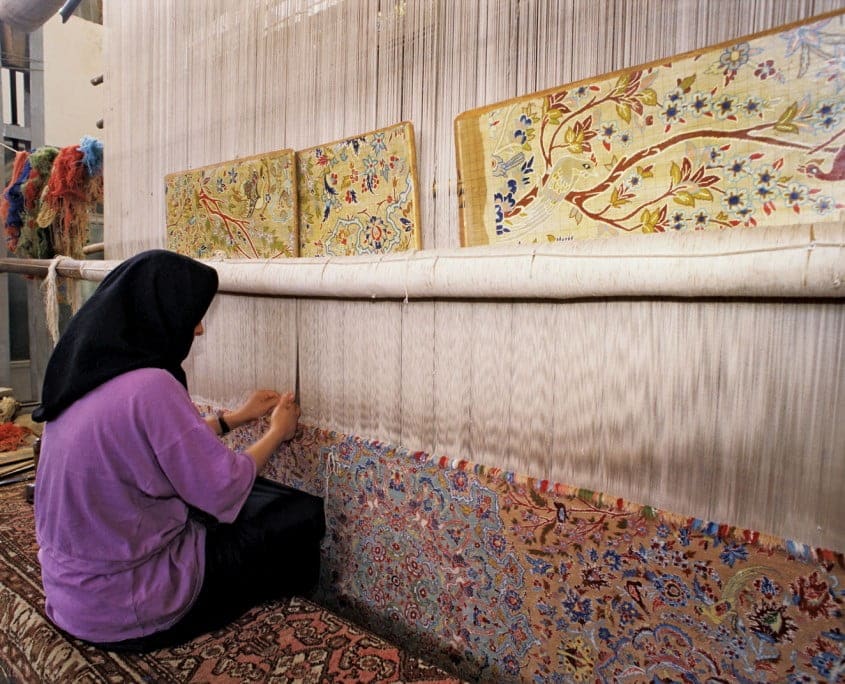 Accelerating and Decelerating factors for cultural tourism development in Iran in the field of handicraft is that the craft industry today clearly occupies an important place in the national economy with regard to employment, trade and, finally, the infusion of foreign currency.

However, there are still no statistics available that might give precise figures about the economic importance of tourism for the craft industry.

These craft products are valued and even sought out by visitors who discover them during a trip to the Iran, but they are unknown in Europe or another country.

Another thing is the survival of the craft industry, which is a key component of the living heritage and of culture in general, is vital in order to maintain this culture.

This craft industry has long resisted modern industrial products, with its clientele remaining attached to its traditional ways. Today, with the modernization of society, it is crucial for the craft industry to adapt .

The demand for craft products from neighboring countries and from tourists, which involves a change in the way these products are used, has enabled certain sectors to remain in place. 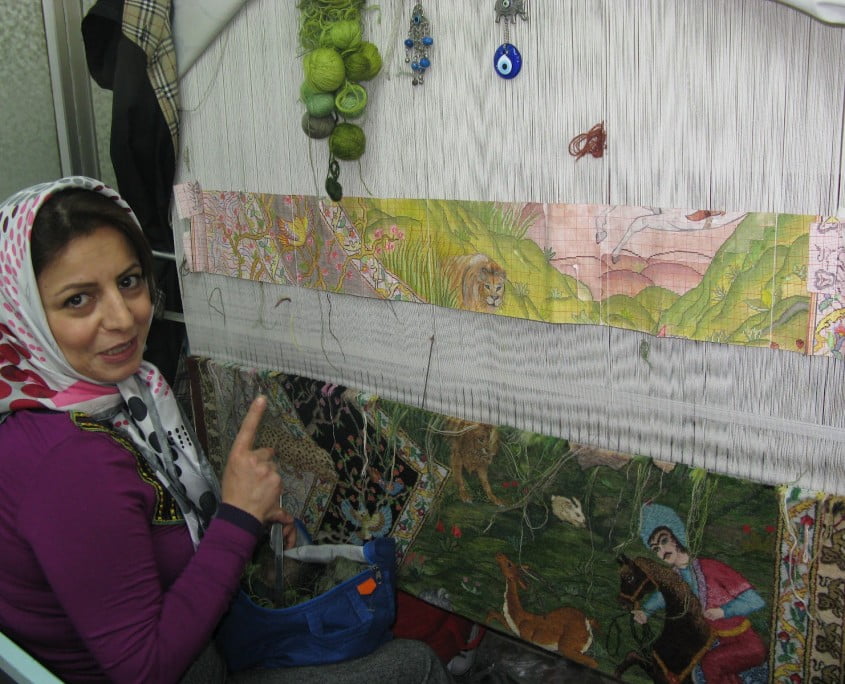 Weaving a carpet from a cartoon

The third factor is The integration of the craft sector into the tourist policy occurs through a promotion formula initiated by the Ministry of Tourism. the reputation of this craft is better established within the Arab world and the clientele from neighboring countries seems to be the most promising.

Deterioration of the Craft Industry

A massive demand from tourism for craft items can have harmful effects. The craft industry, while benefiting from the demand from tourism, loses out on quality because this demand sometimes goes hand in hand with a dramatic degeneration of the finished product.

This “degeneration” of the craft industry is certainly not due to tourism and, in the case of the Iran, it has even been noted that the demand from tourism has had beneficial effects for the preservation of the craft heritage.

Social aspects of tourism in Iran could be a double-edge sword; therefore considerable measures need to be taken in order to preserve the culture.

Bazaar workers throughout the country, particularly the famous bazaars in Shiraz and Esfahan, are experiencing a decline in the number of youth willing to learn the traditional ways of making handicrafts.

Tourism can preserve these traditions due to demand from tourists. On the other hand, the government needs to be careful not to turn such handicrafts into mass produced, commercialized items as seen in many island nations that depend on tourism. 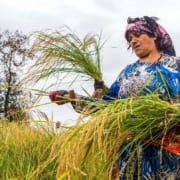 In Pictures: Among The Rice Paddies of Iran – Gilan’s Rice Season 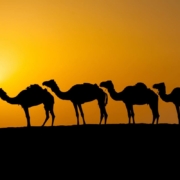 Iran Silk Road Tour: Travelling through the desert of Iran with a camel 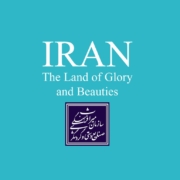 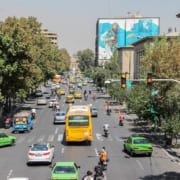 Traveling To Iran With Children (Part 3: Out & About)

Shopping in Iran: How to Bargain Successfully?
0 replies