Where different religions are practiced side by side

Where different religions are practiced side by side

Iran is known as an Islamic country, with Muslims as the majority of its inhabitant, in which you can find a number of mosques and holy shrines. However, there are minority groups with different religions such as Zoroastrians, Jewish, Christians, and others living in the country.

One of the most visited and historical areas in Tehran is Si-e Tir Street, where different religions are practiced side by side. In addition to lots of touristic sites in the area, such as the National Museum, Glassware and Ceramic Museum of Iran, and one of the oldest restaurants of Tehran, there are religious places on the street. For instance, a synagogue, a Zoroastrian fire temple, a church, and a mosque.

Let’s have a review of these four religious’ sites. 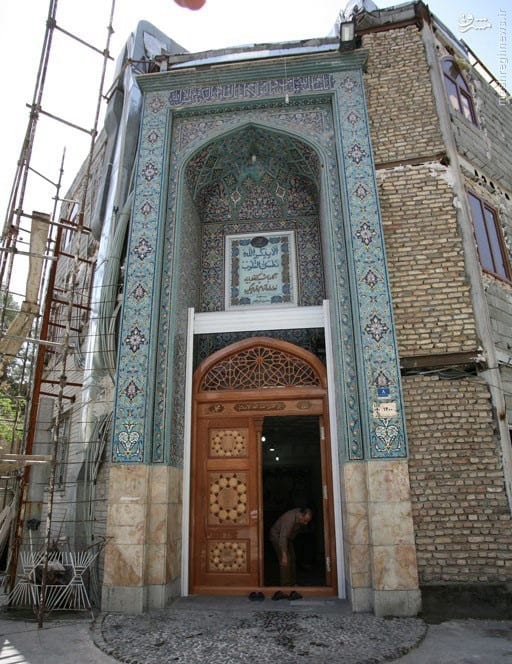 Let’s start with the one related to the majority of people living in Iran. The Ibrahim Mosque may not be as beautiful as other mosques in every corner of Iran, however, due to its location near other religious monuments, it can be considered as an important one.

This small mosque was built almost 70 years ago, during the Second Pahlavi Era. The architecture of the mosque is a combination of Iranian and Islamic style.

If you are interested in visiting the mosque, please note that it is only open to public during the prayer time. 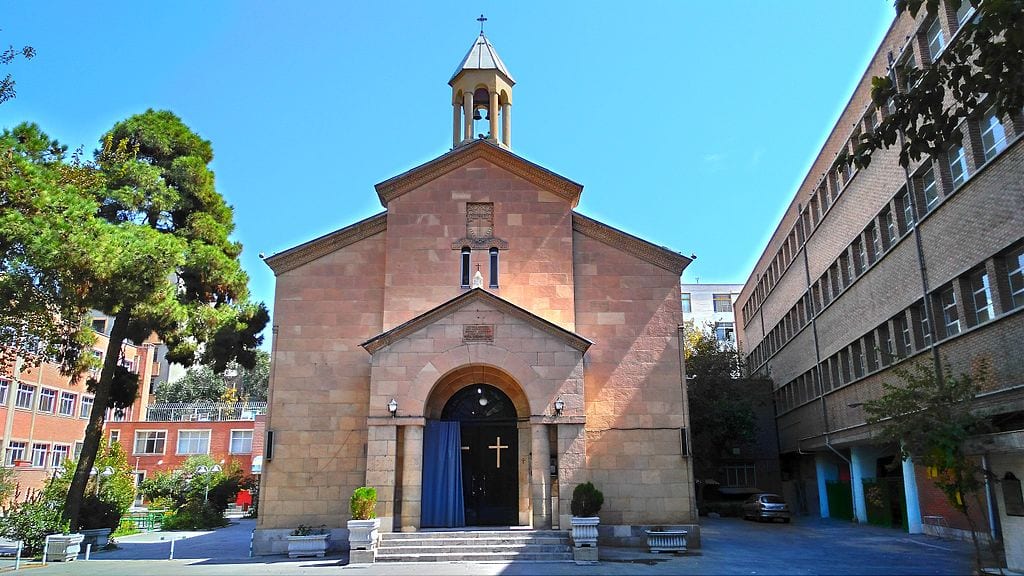 The second largest population of Iranian is Christian. So let’s continue our journey to these religious monuments with St Mary Armenian Church.

The reason for building the church was the rise of the number of Armenian refugees after the Armenian Genocide in the Ottoman Empire and the loss of their homelands.

The construction of the church started in 1938 and completed after seven years in 1945. The monument was built with the participation of a large number of Armenians and clergies of the churches in Tehran.

The church was used as the main office and residence of the Archbishop of the Armenians from 1945 to 1960. The office later transferred to the Saint Sarkis Cathedral which was completed in 1970.

The current building is not the original one, and there were many renovations and reconstruction of the main building. However, what is obvious is the influence of architecture of Armenian from the seventh and tenth centuries on this beautiful building.

The Church of Mary was built from grey stone basalt stone, which covers an area of about 550 square meters. The same as other Armenian churches, it shapes like a cross and its sanctuary is located on the east. There are two domes at the church in different sizes. The main dome is influenced by Byzantine architecture. The main entrance of the church is on the western side.

On 13 February 2002, the church was registered by the Cultural Heritage and Tourism Organization of Iran as a national monument. 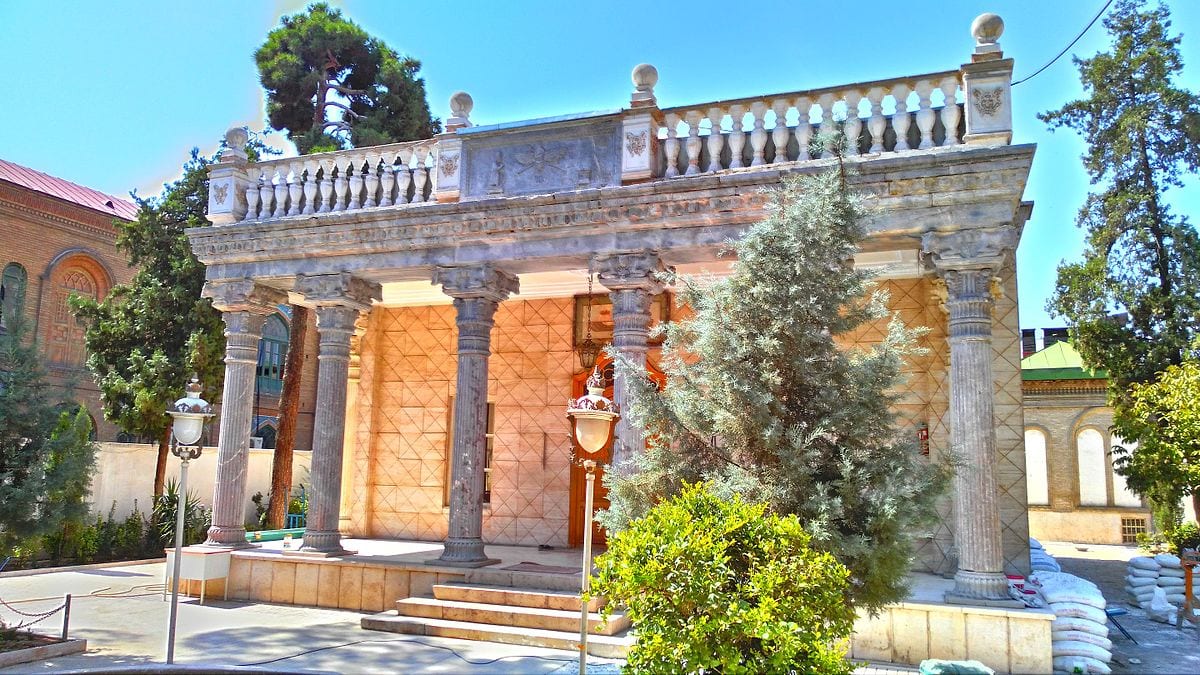 Just across the St Mary Armenian Church is the Adrian Fire Temple. The monument is the only fire temple of Zoroastrian in Tehran, which is located in the middle of a beautiful garden. In 1916, during the Qajar Dynasty, with the financial help of Iranian Zoroastrian living in India, the temple was constructed.

According to Zoroastrians, the burning fire at this place was brought from Atashkadeh Bahram in Yazd, which is believed that has burnt for more than 1,500 years.

The architecture of Atashkadeh Barham in Yazd is very similar to the Adrian Fire Temple, having a pull in front of the building. When you look at the building from the outside, it looks like an old mansion but inside there is a simple room with the fireplace.

Firooz Bahram School which is for Zoroastrian students, and not open to the public is located on the right side of the fire temple. 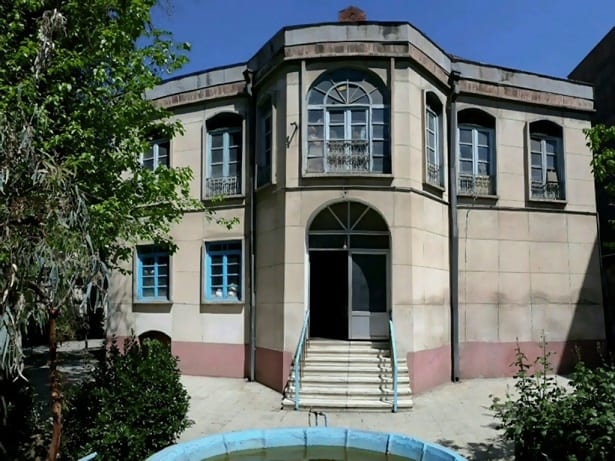 The last monument among these four religion sites is the Jewish synagogue, which is named Haim Synagogue, and situated at the crossroad of Iraj Alley, near the British Embassy in Tehran.

The same as Adrian Fire Temple, the Haim Synagogue was also built during the Qajar Dynasty in 1913, when Ahmad Shah was the ruler of the country.

In the 1950s, the Haim Synagogue was used as a refugee camp by fugitive Iraqi Jews, who immigrated to Israel via Iran, as part of Operation Ezra and Nehemiah.

Currently, the synagogue is only open on the occasions of Shabbat and the High Holy Days, due mainly to emigration and decline in membership.

www.linkedin.com/in/katayon-saeb/
Kalouts: The land of Amazement in the Lut desert