Visit Iran before a “big influx”

I would recommend anybody who is thinking of travelling to Iran they go before the big influx of tourist starts arriving here.

I had done a lot of online research with other similar travelers who have recently crossed through Iran and they all commented what a wonderful and safe place to visit. So, this alleviated my concerns. I can say they have no reason to be concerned about Iran

Many tourism associates believe that Iran is still somewhat of a lesser-known destination for many avid globetrotters, saying the country, despite having enormous potentials, has a long way to go to occupy a dominant position in world tourism market.

There are many reasons behind that I don’t want to refer but a way is to reflect the voices, perceptions, and opinions of travelers to the ancient land.

This time, I came across a welcoming Western traveler, named Ray Cook, a New Zealand native, who was checking luggage in his left-hand-drive Toyota Land Cruiser opposite Hally Hotel, which is next to the Tehran Times.

We soon started a friendly chat about his journey. I learned that Ray had driven overland from Singapore to Europe so far in his Land Cruiser, exploring over 80,000km. 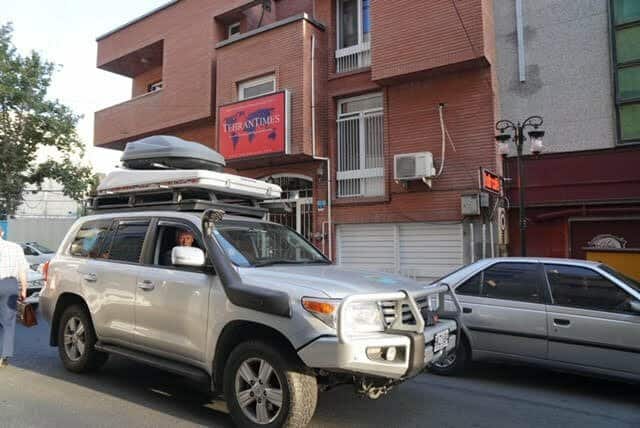 The big strength to Iran is that travelers are always looking for new and exciting destinations to visit. Ray

He accepted with open arms to share his views and experiences on Iran leg of his adventure.

“I would recommend anybody who is thinking of travelling to Iran they go before the big influx of tourist starts arriving here. This will soon become a popular place,” Ray said.

The text of the interview is given below:

Please tell our readers about yourself and your globetrotting journey.

This trip of driving around the world in a specially fitted out Toyota Land Cruiser has been a bucket list of mine for a long time and planned it.

I have been fortunate to be joined with my son Ryan on this leg of Iran with my adventure. I also have had friends and family who join up with me at different locations around the world to also experience this amazing life of travel and have so far been to 30 different countries and driven over 80,000 km so far.

As a professional traveler what is your assessment of tourism potential in Iran, particularly for typical European sightseers? What are the strengths and weaknesses from your point of view?

In my opinion I feel that once the world has embraced Iran as a safe destination to travel to there will be an influx of travelers from all over the world interested in this amazing destination that is so rich in history, natural nature, architecture, food, and most importantly its people. They are amazing.

The big strength to Iran is that travelers are always looking for new and exciting destinations to visit. 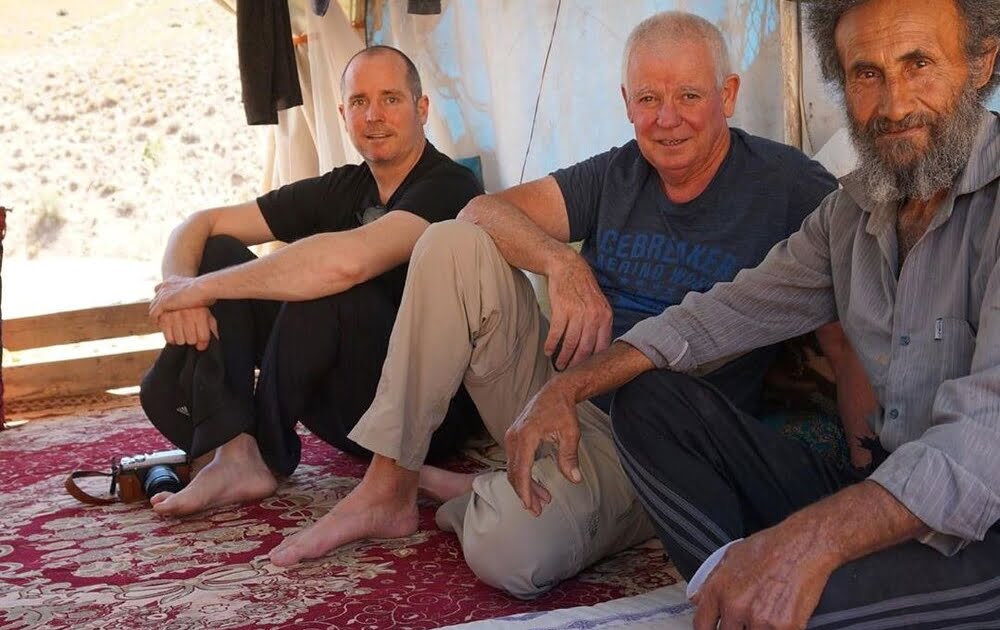 Were you ever discouraged by family or friends when you first revealed your plans to travel to Iran? How did your preconceptions change after visiting the country?

From the time myself and my son Ryan entered Iran at the border from Turkey with the assistance of my Iranian guide Mr Hossein Ravanyar of Iran Overland my perceptions have excited me. In fact it was my birthday the day that I entered Iran and Mr Hossein Ravanyar surprised me by inviting me to his daughter’s house where she had prepared a surprise birthday lunch even with a birthday cake. This was so hospitable of them.

Lots of my friends and family have questioned why I have persisted to enter Iran with all the uncertainty.

I had done a lot of online research with other similar travelers who have recently crossed through Iran and they all commented what a wonderful and safe place to visit. So, this alleviated my concerns. I can say they have no reason to be concerned about Iran.

It’s been an amazing place so far and I will be recommending to others online who are also thinking about visiting.

What do you think about media coverage of Iran in the world, particularly in the West?

I believe that all this negative media coverage is unfounded news.

You’ve passed through different countries to reach Iran, on your detailed itinerary. What is the most special and unique thing about the country and its people that you might want to talk about? Is there anything different that makes it stand out among places you’ve been to?

The lack of crowds of foreign tourist as I have found in other countries which are overcrowded. It is also value for money to travel here compared to other Western countries and not to forget your helpful and friendly people wherever I have visited so far.

Do you recommend your friends, family and colleagues to visit Iran? Will you come again?

Yes, I would recommend anybody who is thinking of travelling to Iran they go before the big influx of tourist starts arriving here. This will soon become a popular place.

There is a negative propaganda campaign against Iran by Donald Trump administration. Trump is so filled with hatred of Iran that he is even trying to discourage tourists from visiting Iran. What is your message to those who plan to visit Iran and even those who have been somehow affected by anti-Iran propaganda?

I come from a small remote part of the world being New Zealand and we as a country have recently embraced the Muslim community of New Zealand since the horrific and senseless mosque attack where 50 people lost their lives in Christchurch. The world needs to learn from this and start getting on with each other and respect our beliefs and customs.

People planning to visit Iran should not be concerned the people of this country that I have experienced and met so far are so welcoming and hospitable.

Don’t you think that Trump’s “maximum pressure” policy against Iran, which even prevents humanitarian aid to victims of natural disasters, will make nations to diverge rather than converge?

I think our next generation of younger people are more concerned about the world and its environment they are going to be the ones who will embrace the issues and make changes for a better world for us all to live in.

Nartitee Guesthouse: Where you feel most at home
Scroll to top