An Ancient Invention for Water Management in Desert

Qanat of Zārch is a plain qanat with a gallery length of 80 km, its mother well is 90 m deep and has more than a thousand well shafts. It is still functional despite the sharp decline in the aquifer’s water levels. According to the existing documents, this qanat dates back to preIslamic Era. History books too, indicate that this qanat had been running across Yazd city about 700 years ago and people used its water for drinking and sanitation purposes through pāyābs which are a kind of access corridors.

The history of Qanat of Zārch can be studied in terms of the formation of Zārch city, the age of the hydraulic structures built over it and in terms of existing historical documents. The history of Zārch city not only can be found in history books, but also myths, fables and epic stories mention it frequently, all of which are indicative of its long history. Now if we consider this qanat as the factor behind the formation of this city, it is as old as the city itself.

The study of the history of Qanat of Zārch shows that it has been frequently mentioned in various references. A sample of this references is a history book written by Ja’fari in the 1500 AD. This historian writes: “Qanat of Zārch enjoys two branches, one is outside the city and the other flows into the city. It is one of the oldest qanat. During the invasion of the enemy forces, when they surrounded the city and blocked the water resources, it was the only water resource for the residents. To access water, people have to climb down 70 steps. Although it tastes a little bit salty, when it is cold it tastes fresh”.

The hydraulic structures built over or close to this qanat are another proof for its long history. Based on the results of studies conducted, some of the well shafts date back to pre-Islamic Era. The sections of these well shafts are rectangular in the bottom. Experts maintain that such well shapes were mostly common during Zoroastrian period, and in local dialect such well shafts are known as “Gabri” (Zoroastrian) wells. In addition to qanat itself, some of the pāyābs in this area are very old and their names have been mentioned in history books. The book entitled The New History of Yazd holds that the pāyāb of Masjed-e Jāmé Yazd has been constructed during Alaud-Daulla reign in 1480 AD.

The archaeological researches conducted about Qanat of Zārch attribute it Archimedean Era. The bricks of 40×40×10 cm thickness obtained from the remains of Zārch castle belong to Archimedean Era.

Some ceramic pieces belonging to Sassanid Period have also been found in the upper parts of Qanat of Zārch. If we place the records for the formation of Zārch city beside other historical references, we can conclude that the age of this qanat most likely goes back to pre-Islamic Era.

Needless to say that this qanat has been fully operational during 1200-1300 AD supplying potable water for the people of Yazd, meanwhile the residents of Zārch used its water for irrigation, sanitation and consumption purposes. Therefore, this qanat is among the oldest qanats.

On the other hand, this qanat enjoys numerous pāyābs, some of which are very old. The New History of Yazd, as a sample of numerous history books says that Alaud-Daulla ruler of Yazd had a Masjed-e Jāmé built in Yazd and beside it a pāyāb to access the water of qanat. “And Alaud-Daulla constructed a mosque where Arsalān Khātun had constructed the minaret and beside the minaret built a dome, then he joined a branch of Zārch to the back side of the masque. 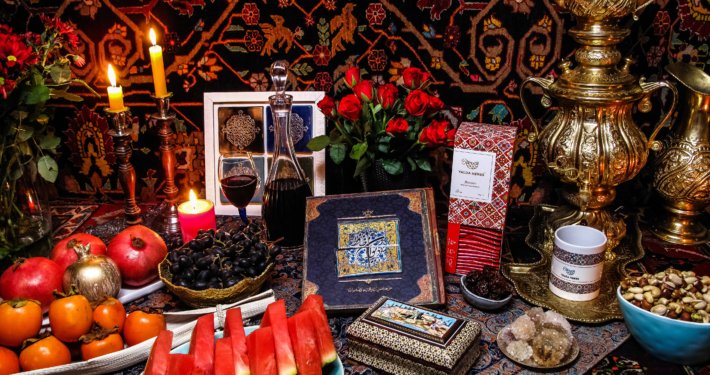