The Other Side of War

Holy Defense Museum in Tehran – The Other Side of War

Situated in a massive park, Holy Defense Museum is a great modem museum tells you about the history of Islamic Revolution in 1979 and Iran–Iraq War, beginning on 22 September 1980.

Iran-Iraq’s war, which in Iran is mostly known as the ‘Holy defense’ or the ‘Imposed war’, forms a significant part of Iranian contemporary history, which has deeply influenced the lives, and visions of most people in this country.

Beside the largely-impacted Iranian modern culture by the war, which is noticeable in the great number of movies, poems, theaters and books produced each year to depict that era, signs and reminiscent of the war still outline an important part of Iranian’s daily life.

Streets and squares named after the many lost lives during the war while defending the country, ceremonies and special events hold at different periods of the year as the remembrance of the war and building museums and dedicating special spaces to picture the atmosphere of those years are just a few examples of the attempts taken to create a deeper and more profound understanding of the war among the younger generation and to document the realities occurred at that period in Iran. 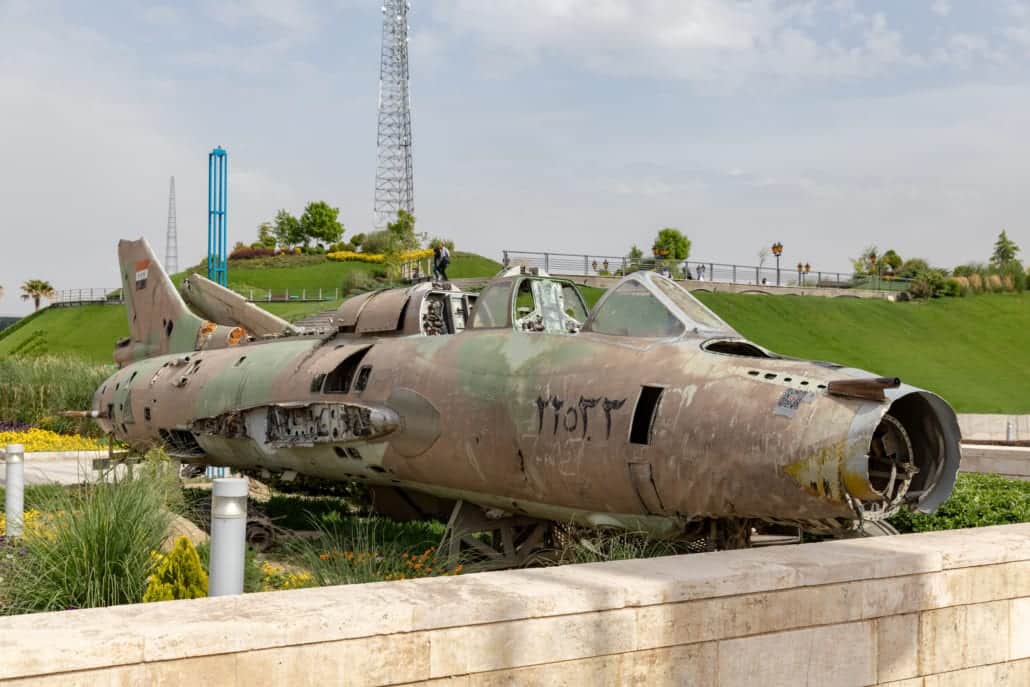 The Other Side of War

Consequently, “Holy defense museum” opened its door to the public in 2012 to present a uniquely-designed collection of the Iran- Iraq’s war which took about 8 years.

The panorama museum along with other parts of this complex consisting tomb of ‘the Unknown Soldiers’, flag tower, a designed open area with an artificial lake, Khoramshahr Mosque and a library, has been built in Abas-Abad district in a landscape about 21 hectares to be one of the largest museums of Iran.

Each hall of the museum (7 in total) has been dedicated to a specific aspect of the Iran-Iraq’s war through video clips and other medias to portray the long-lasting impacts of the war and some cruel and bitter realities of it. In the entrance, the hall of ‘Butterflies’ is located to welcome visitors by displaying the personal belonging of the victims of the war found on different battlefields.

In addition, as one of the most significant figures of the bravery and also difficulties endured by people and soldiers, a chamber of ‘Holy Defense’ museum showcases a part of 1980’s Khoramshahr. This city, which is located in Khuzestan province in the southwest of Iran, is a strategic port and border town attacked by Iraq during the war. 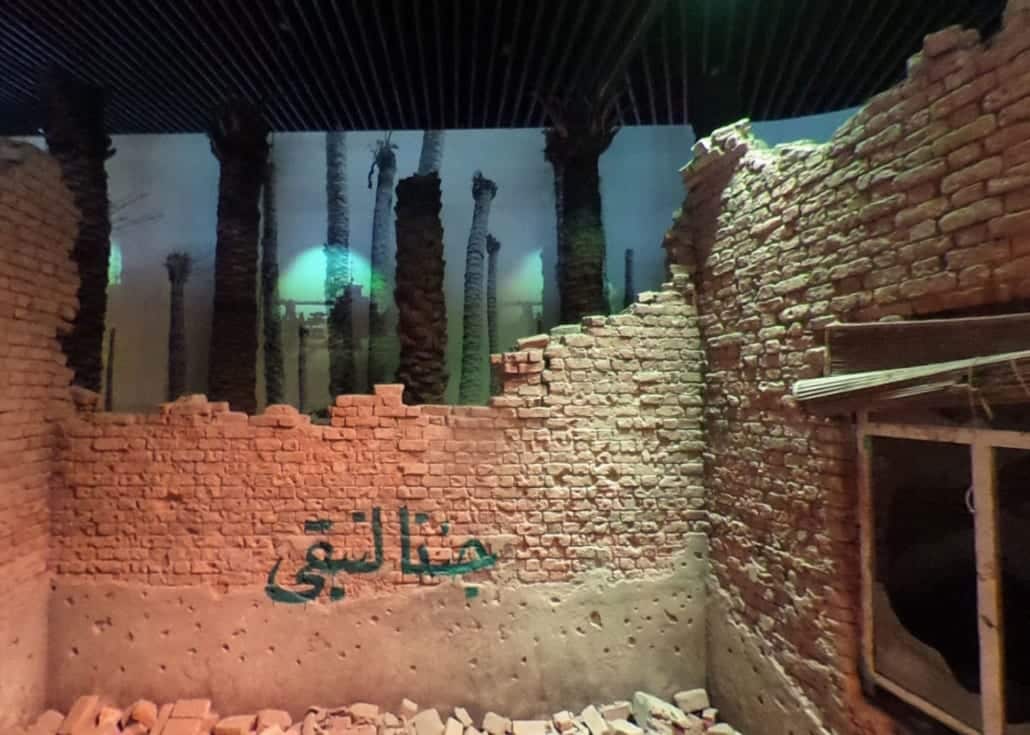 This city was the major location of conflict in the 34-day battle of Khoramshahr, during which was seized by the Iraqi army on October 24, 1980.

Because of brutality and destructive conditions imposed on people at that time, the city was called ‘Khuninshahr’ meaning ‘City of Blood’.

The recapturing and liberation of Khoramshahr by Iranians after about two years was a turning point in the history of the war and is honored every year as a symbol of perseverance and resistance of Iranians in defending their country.

By walking among the reconstructions of abandoned homes and schools of Khoramshahr, you will experience an immense feeling of sympathy with the people who actually lived those harsh circumstances.

Another important aspect of Iran-Iraq’s war is the vast number of ordinary Iranian people who, regardless of their age or background, voluntarily signed up to sacrifice their lives at the fronts for the country.

As a result, the museum tries to glorify this public mobilization as a unifying element among the different groups of people in the society as well. 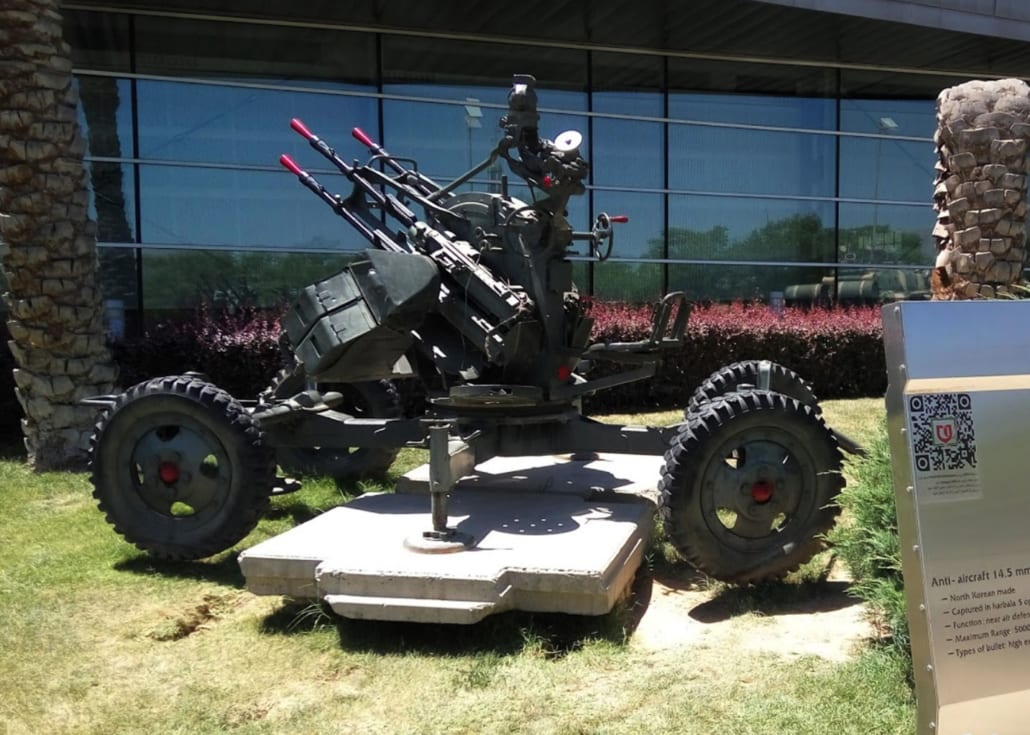 In this hall, the walls are covered with the photos of martyrs lost during the 8-year conflict. Moreover, artistic details such as lining the walls of a corridor with white land mines, art made from weapons and aesthetic attention to lighting and design of all halls have been applied in most of the exhibits to turn this museum to an inventive and unconventional place.

To maximize the utilization of the information and resources, audio commentary in Persian, English and Arabic is provided.

Furthermore, projection, video walls, photo montages, sound effects and even temperature adjusters have been employed to take the visitors back to the actual times of the war.

This state-of-the-art visual system has been applied to add to the realism of each hall to leave the visitor with an unforgettable and impactful experience.

In addition, the modern design and architecture of the museum stand out among the other similar places in Tehran which will surely amaze the guests.

In fact, in some visitors’ opinion, this museum is an unexpected package which reveals a lot about Iranian modern history and must definitely be visited while staying in the city.

In addition, getting to this museum is very easy if you use the Haqani metro station.

The entrance is located at the end of the Sarv Street, facing Taleghani Park near Tabiat Bridge. For this reason, it would be a good idea to combine the visit to the bridge with the museum to enjoy both attractions at the same time. 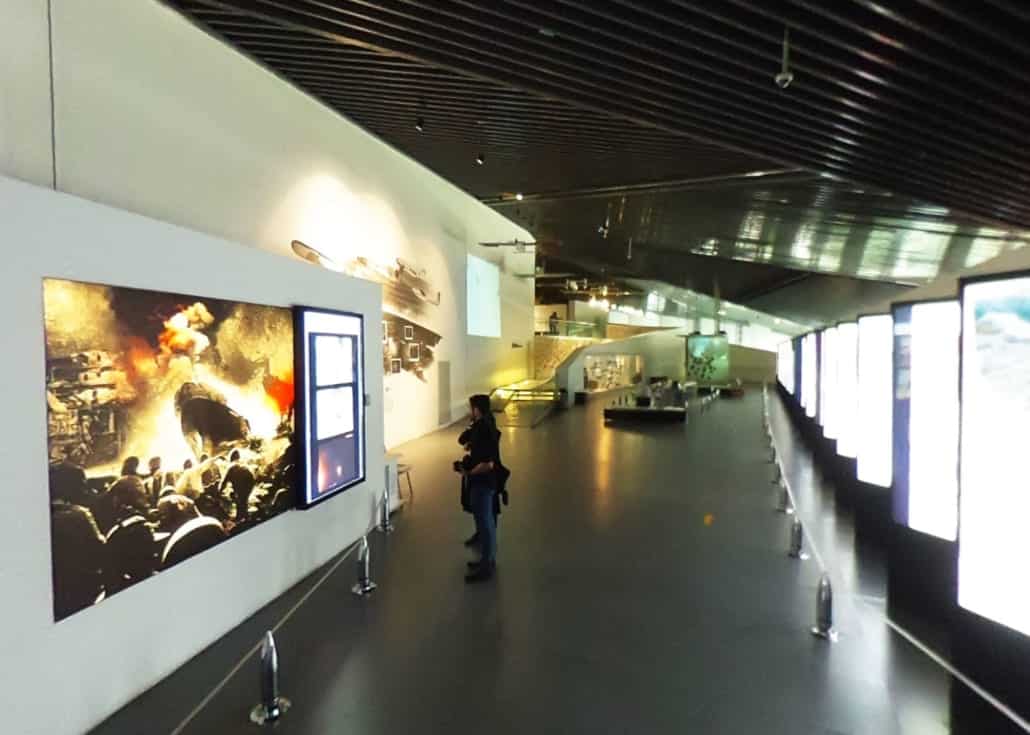 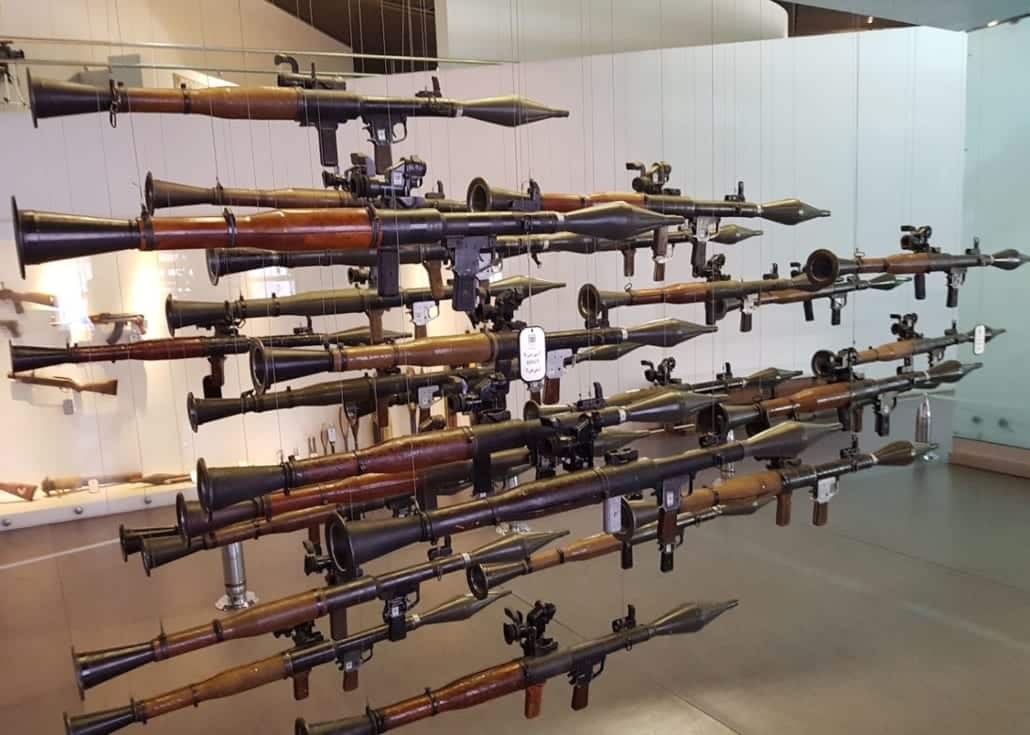 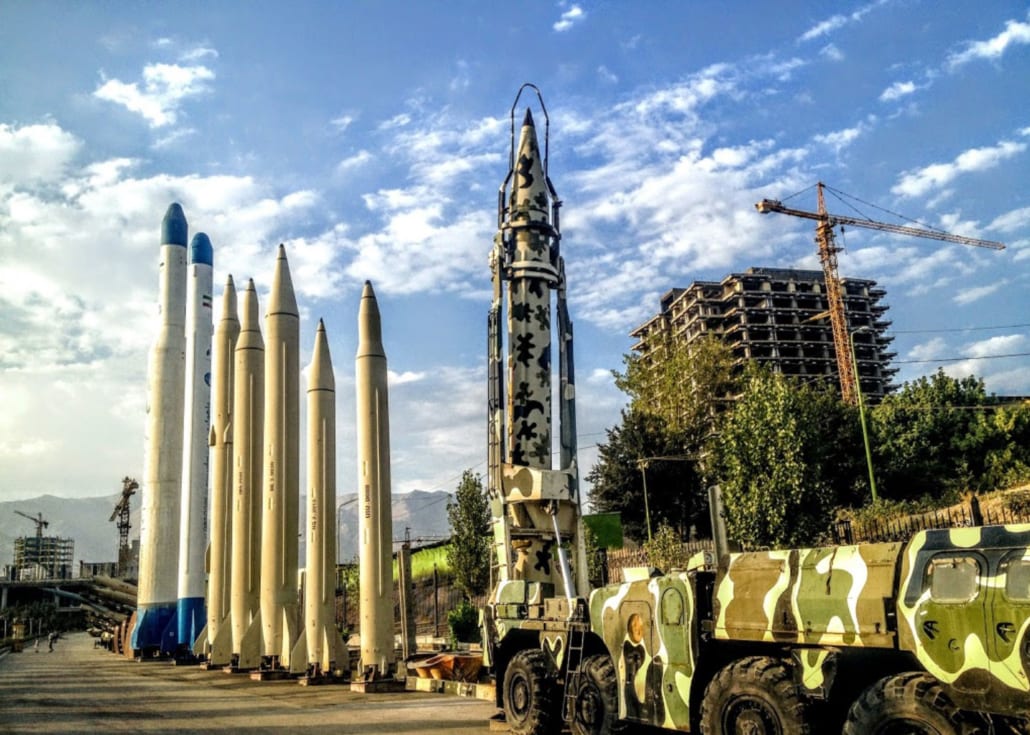 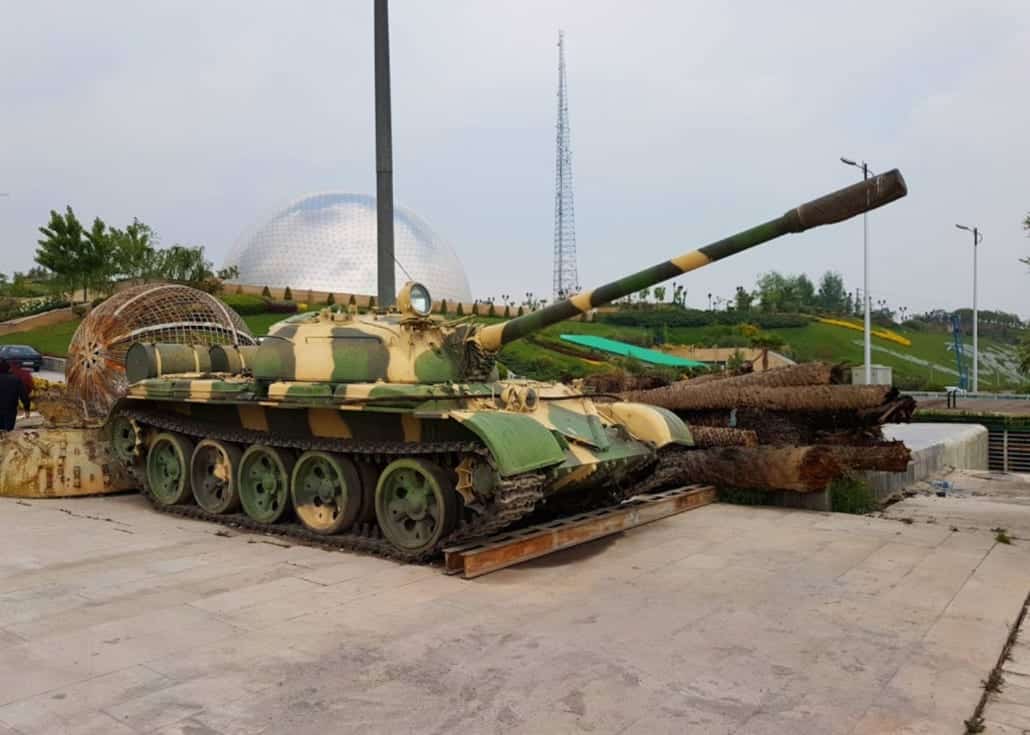 Zoroastrian Towers of Silence – The Ancient Burial Ground in Yazd

Different types of bread in Iran
Scroll to top
X